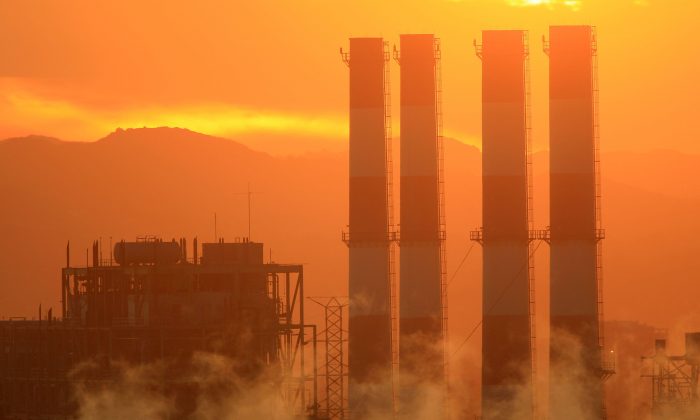 HOUSTON—Oil and gas will remain the dominant fuel source for decades to come, the industry’s top executives said on Wednesday, making their case not to be under valued as governments seek to reduce carbon emissions to address climate worries.

Executives at this week’s World Petroleum Congress in Houston offered a defense of the industry’s efforts to adapt to U.N.-led climate change policies and recommendations, describing government opposition to some new projects as harming society.

Any effort to bar new development “is misguided” and likely to hurt poorer nations, said OPEC Secretary General Mohammad Barkindo. Oil and gas also “can be part of the solution to tackling climate change.”

Read More
Biden: Pushing OPEC to Boost Oil Output ‘Not at All Inconsistent’ With Climate Goals
US ‘Must Not Emulate Europe’s Disastrous Energy Blueprint’: Expert

Jim Teague, co-chief executive of energy pipeline operator Enterprise Products Partners, addressed proposals to reimpose a ban on U.S. oil exports. Such proposals ignore there are “people that want a better quality of life, and they don’t really give a damn about climate change,” Teague said.

Developing cleaner fuels were prominent on the agenda of the conference, however. Exxon Mobil Corp and Pioneer Natural Resources pledged to cut greenhouse gas emissions from their shale output. Peru also laid out its plan to hold an auction for renewable energy projects.

Executives largely steered clear of discussions of emissions from the use of their products, called Scope 3. ConocoPhillips CEO Ryan Lance described the largest U.S. independent oil producer’s approach as focusing on the emissions “we create as a business.”

Industry advocates said energy consumers can make their own decisions on fuels and how to cut carbon emissions.

“For consumers, it is ultimately about choice,” said Frank J. Macchiarola, an official with trade group the American Petroleum Institute.

Several executives, including those who have sharply cut spending on new fossil fuel projects, lamented the lack of investment in new oil and gas projects.

They pointed to the soaring prices in Europe and Asia for gas and power as evidence of how a too-rapid embrace of solar, wind and other energy technologies can harm consumers and disrupt energy supplies.

By Sabrina Valle and Liz Hampton. The Epoch Times contributed to this report.