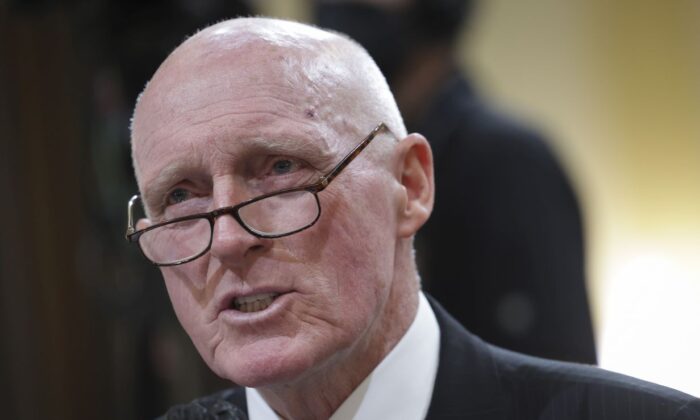 State Sen. David Farnsworth, who was endorsed by Trump in June, was projected by The Associated Press and other news outlets to win the GOP primary against Bowers. As of the morning of Aug. 3, Farnsworth held a more than 20-point lead over Bowers.

After providing testimony to the Jan. 6 committee, Bowers acknowledged to NBC News in July that it would be difficult to win reelection.

“If I pull this off, it’s going to be a miracle,” he said at the time of the primary.

“I’m well aware that I’m highly distrusted,” Bowers also told The Associated Press before the primary. “My district is a very Trump district, and who knows how this is all going to work out?”

“And if it doesn’t work out, great, I’d do it all again the same way.”

Trump criticized Bowers a day before the primary and called on voters to oust him.

“Remember Arizona, your so-called ‘Speaker,’ Rusty (an appropriate name because he is Rusty, just like steel gets rusty and weak) Bowers, is absolutely terrible,” he wrote on Truth Social.

In testimony in June before the House committee, Bowers claimed that Trump’s lawyer Rudy Giuliani had no evidence of election fraud after the November 2020 election.

“My recollection, he said, ‘We’ve got lots of theories, we just don’t have the evidence,’” Bowers said. “And I don’t know if that was a gaffe or maybe he didn’t think through what he said, but both myself and others in my group … both remember that specifically, and afterward, we kind of laughed about it.”

“Of course, the big issue, I think, for everybody is the fact that I strongly believe that there was fraud in the 2020 election,” Farnsworth told AP last week. “And I feel like Rusty failed … to take responsibility as speaker of the House and look into that election.”

Also in Arizona, former TV news anchor Kari Lake, a Republican backed by Trump, led real estate developer and Arizona Board of Regents member Karrin Taylor Robson by about 12,000 votes on Aug. 3 to be the Republican nominee for governor, while Trump-backed Blake Masters defeated Attorney General Mark Brnovich in the GOP primary for a U.S. Senate seat, setting up a November battle with incumbent Democrat Sen. Mark Kelly (D-Ariz.).