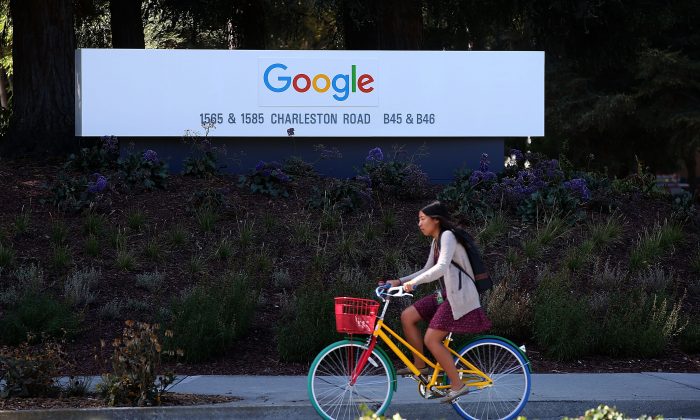 The new Google logo is displayed on a sign outside of the Google headquarters on September 2, 2015 in Mountain View, California. (Photo by Justin Sullivan/Getty Images)
Business & Economy

The millennial generation, born between 1980 and 2000 are college educated and want to put their degrees to good use. So where do these young people most want to work?

According to a survey by YouGov, an online market research firm, millennials would be proudest to work for the technology firm Google. Other tech companies in the top 10 include Amazon, Netflix, YouTube, Samsung, Microsoft, and Apple.

The three non-tech brands on the list are Nike, Disneyland/Disney World, and Johnson & Johnson. Another survey by YouGov also shows Nike has the highest consumer perception in apparel and footwear in the United States.

Google, the no. 1 choice of millennials, has a good reputation for treating employees well. Some of its perks include never ending food and snacks, on-site physicians, subsidized massages, gyms, swimming pools and nap pods.

The company also pays 50 percent of a deceased employee’s salary to the widow or widower for ten years, which is something unheard of.

Google receives more than two million job applications each year but only hires several thousand of these candidates around the globe.

Since tech companies compete for talent, extra benefits are a key selling point. Netflix, Microsoft, and Amazon are among the tech firms that have family-friendly policies for example.

Netflix offers one paid year of maternity and paternity leave to new parents. The company also encourages employee freedom by offering an unlimited vacation policy and allowing them to bring pets to work.

For adults 35 and over, the top 10 ranking of brands they would be proudest to work for shares just three names with millennials: Amazon, Johnson & Johnson, and Google.

Preferences among this older group have a medical leaning, with Mayo Clinic being the no.1 choice. Other brands in the top 10 list include Johns Hopkins Medicine, John Deere, Band Aid, Craftsman, Bose, and the History Channel.

YouGov BrandIndex measured a universe of 1,400+ brands and ranked them according to their reputation scores by asking respondents: “Would you be proud or embarrassed to work for this brand?”