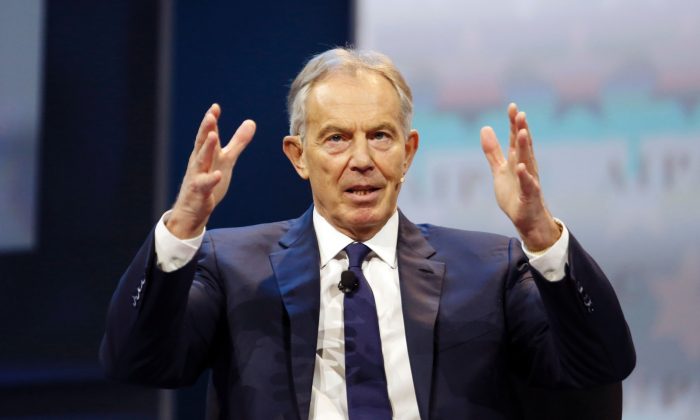 The Tony Blair Institute for Global Change has recommended that the government takes advantage of new technologies to introduce a digital identity-verification system in a new report on fixing the asylum system in the UK.

The proposal follows that 4,540 people from January to March 2022 were recorded arriving in small boats reaching the UK across the English Channel. Also in 2021, the number of overall asylum applications reached 48,540, the highest number since 2003, though still just over half the peak of 2002.

In the report, called Fixing the Asylum System: A Workable Plan (pdf), the former UK Labour Prime Minister’s non-profit organisation set out a plan that included a systematic focus on clearing asylum-case backlogs, speeding up processing and as well as deterring dangerous boat journeys by negotiating an agreement with the E.U.

The Institute also suggested dealing with the demand side of irregular migration with a system of digital identification for all citizens. This would “ensure that those who want to work and access benefits will need to be able to demonstrate they have a legal right to reside.”

“We recommend that the government takes advantage of new technologies to introduce a digital identity-verification system,” the report wrote.

“This would combine some aspects of a traditional physical identity card with the functionality to digitally authenticate users with employers and government services, and issue digital signatures on necessary documents,” it added.

Polling conducted by J.L. Partners for the Tony Blair Institute also claimed that a “significant majority of the population were in favour of introducing a form of digital ID verification” to make it harder for asylum seekers whose claims had been rejected to work and settle. Fifty-five percent polled were in favour and 28 percent were opposed.

“While such a system would represent a shift from the status quo, it is less of a leap in a world where citizens are increasingly used to verifying their status, particularly post-pandemic (with millions having already been required to demonstrate proof of vaccination in order to travel),” it concluded.

Blair has long sought to bring in plans for ID cards. Labour’s Identity Cards Bill was introduced into the House of Commons by the government in 2004. But following a change of government in 2010, the Identity Documents Act 2010 was passed by the Conservative-Liberal Democrat Coalition government. The Act cancelled ID cards and enabled the disposal of information recorded in the national identity register (pdf).

The former PM was vocal in wanting to introduce digital ID during coronavirus.

In June 2021, a paper by the Tony Blair Institute for Global Change, called for a “globally interoperable system of health passes” that is “usable both by national border authorities and other organisations within countries.”

“The paper we’re putting out today is saying we should really distinguish between the vaccinated and the unvaccinated,” Blair said at the time.

The paper called for the government to allow businesses and organizations to operate with no restrictions if they restrict entry to those who have been fully vaccinated or have had a recent negative lateral flow test.