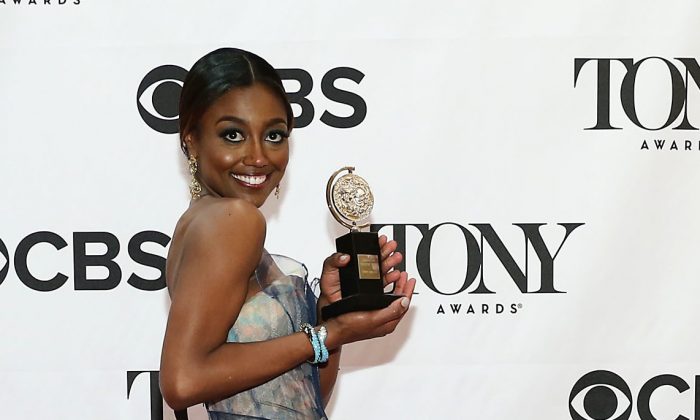 The 2013 Tony Awards on Sunday night brought an opportunity for the best stage actors and actresses to display their fashion sense, or lack thereof.

Cinderella star Laura Osnes was garbed in fairy-tale fashion with a girlish dress, jewel studded and finished with a bow. Presenter Jane Krakowski’s glittering, tapered gown provided a touch of class and elegance.

Some fashion commentators aren’t quite sure what to say about Cicely Tyson’s purple, ruffled ensemble. Tyson won an award for best leading actress in a play for her role in The Trip to Bountiful; her acceptance speech was hailed as elegant, but her dress garnered descriptions from “Barney the Dinosaur” to a wrinkled grape. Forbes described the dress in kinder terms as an “amethyst colored multi-ruffled number.”