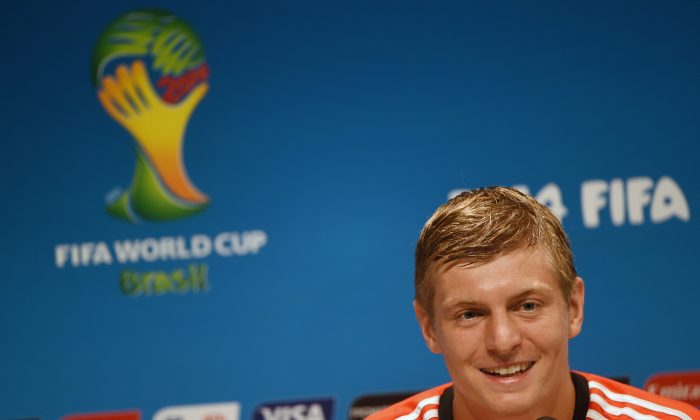 Germany's midfielder Toni Kroos addresses a press conference at the Maracana Stadium in Rio de Janeiro on July 3, 2014 on the eve of the quarter final football match between France and Germany in the 2014 FIFA World Cup in Brazil. (PATRIK STOLLARZ/AFP/Getty Images)
News

According to Spanish newspaper Marca, the 24-year-old will be making a €25 million ($34 million) move after the World Cup to Real Madrid.

Manchester United and Chelsea have also been chasing Kroos’ signature, but have been rebuffed by the highly-rated midfielder.