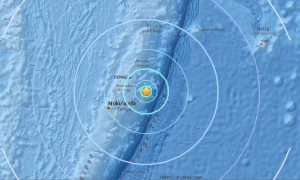 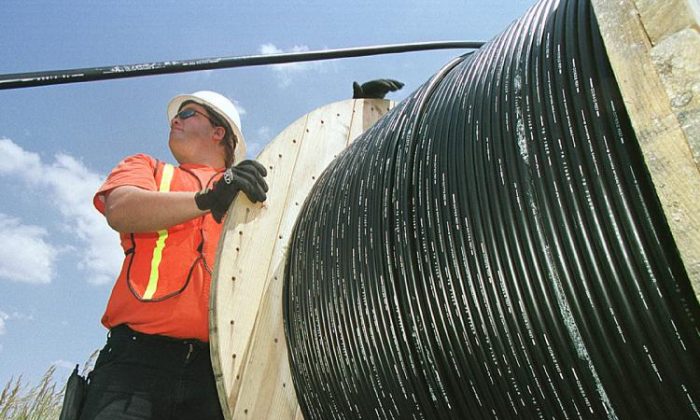 Residents in the South Pacific archipelago nation of Tonga had a near-total internet shutdown after an underwater cable that connected it to the rest of the world was severed, according to reports.

Tonga relies heavily on its connection to the outside world for daily supplies and tourist earnings. It’s now facing “an absolute disaster” as officials try to deal with the problem, AFP reported.

“We are all heavily tied to the Internet for doing business and for the government,” Mary Fonua, editor of the online news service Matangi Tonga, told AFP on Jan. 23.

“There’s no Facebook, which is how the Tongan diaspora communicate with each other, businesses can’t get orders out, airlines can’t take bookings for passengers or freight,” she added.

They are now using a small satellite connection as a back-up.

The BBC reported that bad weather is being blamed for the cause of the problem, and residents were told that it might take several weeks to fix the issue.

A repair vessel is currently in Samoa and may be in Tonga within three days, according to the broadcaster. After that, the repair work would take another two weeks, and at worst, fixing the cable might take up to three weeks.

“We’ve been informed that 80% of our international traffic is from social media,” Tonga Cable director Paula Piukala was quoted by the BBC as saying.

She added: “We may block Facebook, YouTube, and stuff like that in the meantime so that we can maximize the small bandwidth that we have from satellite on what is important to the country.”

Fonua said the problem is a “reality check” for people.

“People suddenly realize how dependent they’ve become on the internet and how much is linked to the web working,” she said.

“I went to the supermarket and couldn’t pay with my card,” she added. “So I had to run over to an ATM and get some cash; fortunately the ATM still worked.”

Tonga is plunged into virtual cyber darkness after an undersea cable broke.

Pacific island kingdom is cut off from almost all cell phone and internet serviceshttps://t.co/mUf9axMNnk pic.twitter.com/UjQhATgtGb

The government and banks have their own satellite links and have been able to remain operational, she said.

But, she added, “It took everyone by complete surprise and there was no plan B.”

“At the office, we have to wait for 30 minutes for our inbox to load, then another 15 minutes to open an email. And we haven’t been able to send a single reply so far,” Fonua said.

According to local news outlet Matangi Tonga, the cause of the cable breakdown is still unknown.

The outlet said the underwater “cable is laid on the seabed, buried in a shallow trench,” adding that “the possibility of a damage to the submarine cable can most likely be caused by either a powerful movement on the seabed or damage to the cable as it comes ashore in Tonga onto the reef and land area at the Tonga Cable Ltd. office at Sopu.”

Tonga has a population of about 100,000 people across about 30 islands.