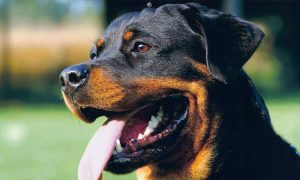 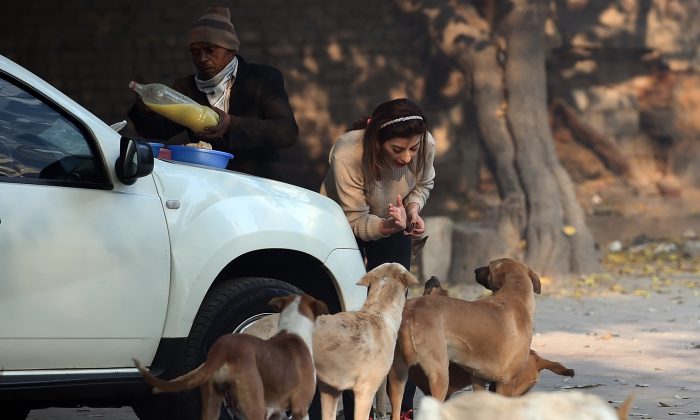 In this file image, a woman feeds street dogs in a parking area in New Delhi on Dec. 27, 2017. (Prakash Singh/Getty Images)
Americas

When they found the naked body of a woman near the highway, with gouge marks and missing chunks of flesh, police first thought she had been tortured, raped, and thrown from a passing vehicle by a gang—another victim of Mexico’s violence.

But when investigators reviewed the CCTV footage near the toll booth in the city of Tecamac, Mexico, they concluded that she had been mauled to death by a pack of dogs in an attack that lasted 12 minutes.

The woman was named as Margarita N, according to local reports, some of which put her age at 34, others at 32.

Her body was first found on Jan. 29, but the video of the dog attack was not uncovered until Feb. 2.

The woman worked at a toll booth on the Mexico-Pachuca highway, about 3o miles north of Mexico City in central Mexico.

The full video shows that she was mauled to death by a pack of at least 10 stray dogs, according to Mexican authorities, as she made her way to her shift at a toll booth across some waste ground.

The CCTV footage shows Margarita N, 34, fleeing from a pack of mid-sized dogs in the city of Tecamac, Mexico, before she disappears out of shot.

According to the municipal transport authority, she was dragged down out of sight of the camera, before the pack of dogs can been seen gradually pulling her back into shot in the video, which captures 12 minutes of the attack.

Some locals, however, do not believe the official explanation, according to Excelsior. , because they said that the woman’s wounds—which were initially labeled as machete wounds by one media organization—are not consistent with dog bites. They are demanding the authorities investigate the death more thoroughly.

Photographs of the woman’s body in La Prensa show her clothes lying near her body, and she is lying face down in the tarmac.

A video shared by the transport authority shows evidence that the dogs were being cared for, with rudimentary bedding as well as food bowls in a make-shift shelter.

The mayor of Tecamac ordered the dogs to be rounded up, but many locals had already scared them away with rocks to keep the area—which is used by dozens of families as a cut-through—safe.

Five of the dogs had been captured by Feb. 4, reported Milenio, and will be cared for by the animal and welfare center while authorities investigate.

The area will be monitored around the clock until all the dogs are rounded up because there is an education center nearby.

In 2017, a British tourist was missing in Greece for 2 days before her body was found with wounds consistent with being mauled by animals.

Attacks by individual dogs or domesticated dogs are better documented.

In the United States, around 30 to 40 people die each year from dog attack injuries, according to Richard Polsky, an animal behavior and dog-bite expert in Los Angeles. Polsky told Live Science that there are an estimated 100,000 are injured badly enough to require plastic surgery or extensive suturing.