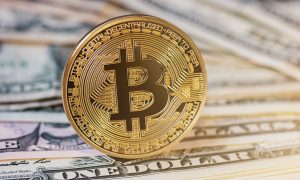 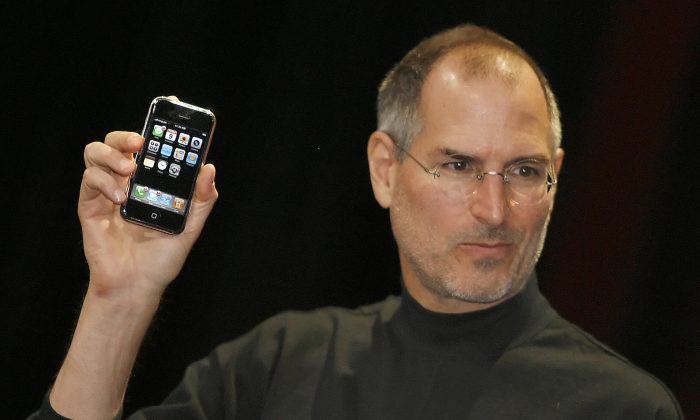 Apple chief executive Steve Jobs unveils the original iPhone at the Macworld Conference on Jan. 9, 2007 in San Francisco. Jobs is one of many Americans who failed many times, until he succeeded wildly. (Tony Avelar/AFP/Getty Images)
Viewpoints

Tolerance for Failure Is an American Value

Jordan was a phenomenal success from the get-go, but Nike marketers knew viewers would respect perseverance and relate to failure. His message bears repeating given that the United States faces external competition amid rapid economic change.

Competition and change underline the need for technological innovation, since it enables a higher standard of living and keeps a nation ahead of the pack. However, innovation only takes place when entrepreneurs are willing and able to experiment and accept a high likelihood of failure along the road to success.

Tolerance for failure, as a social value and in policy, is pivotal for American exceptionalism. This respect for charting one’s own course, taking risks, and eventually garnering self-made success remains a distinctly American idea, à la Steve Jobs of Apple fame.

Another hero and proud American in this tradition is Jim Blanchard, the Louisiana man whose activism made gold ownership legal in 1974 and who became a dynamic precious-metals entrepreneur. He was a paraplegic, due to a car accident in his youth, but he never let that stop him as he supported free enterprise around the world. Such was his passion, he hosted the world’s leading capitalist thinkers—including Friedrich Hayek, Ayn Rand, and Margaret Thatcher—at his annual conference in New Orleans.

As documented by the Pew Research Center, 57 percent of Americans disagree that success is “pretty much determined by forces outside our control”—in contrast to the global average of 38 percent and 31 percent in Germany. A similar majority of Americans are optimistic and believe working hard and applying oneself is the key to success. They value “freedom to pursue goals without state interference,” versus European majorities who favor a “state to ensure no one in society is in need.”

The Right to Try Act, signed by President Donald Trump in May 2018, was one manifestation of this American way of thinking, as it rattled the medical cartel. As Jane Orient wrote in an Epoch Times op-ed, calling for much broader leeway, “If innovators were allowed to take risks, our descendants might view 2018 medicine the same way that we see the treatments of 1789.”

Nothing to Fear but Fear Itself

The un-American, risk-averse tack is paternalism: treating people as though they were children and limiting their choices out of fear they will harm themselves. For example, municipal and central governments around the globe, including a few in the United States, still refuse to let individuals contract with ride-sharing providers such as Uber and Lyft.

This condescending approach leads to a self-fulfilling prophecy. By “helping” people, often by siding with established cartels, we tend to keep people helpless and dependent on status-quo provisions. Paternalism prohibits not only failure but maturation and economic development.

The impacts of impeding creative destruction are grave and have already arrived. If even sharing a ride in someone’s car is supposedly too risky, how likely are regulators to stand by and accept a necessary revamp and decentralization of the financial sector?

Charles Koch is one of the most successful U.S. entrepreneurs of the 20th and 21st centuries. In his partly biographical book, “Good Profit,” he notes that since taking the reins of his father’s company in 1961, “the volume of regulation and litigation has soared.” Few people know that his business ventures, particularly in the early decades, had major ups and downs, and sometimes he feared he would lose it all. Despite a tumultuous path, he doesn’t lobby for mandates or subsidies, since he believes them to be “bad profit” and unsustainable.

There is little to no dispute among economists regarding the merits of innovation, particularly for consumer purchasing power. However, the benefits are not immediately apparent to the naked eye or the general public. There is always the temptation to step in and protect near-term losers—both for benevolent and self-serving (crony) reasons.

Broughel and Thierer also document what can be described as a neo-Luddite movement, which calls for a broad “de-growth” movement that cracks down on innovation and avoids a “jobless future.” Less work and more leisure, what a disaster!

This lurking problem of paternalist policies appears to have motivated the Mercatus Center report, which stated, “Short-term disruptive aspects of technological change are real and deserve attention.” In other words, dislodged workers and industries will lobby for protectionism, which must be opposed. Keeping their welfare in mind, though, the presence of disruptions exacerbates the need for fluid labor and capital markets to facilitate swift transitions to new opportunities.

Ahead of the Red Dragon

If the United States is to remain the dominant world power, it will have to outdo the Chinese Communist Party, which is meddling and spreading its influence far and wide. The key distinction the United States has over China is respect for private property and market forces, along with a populace accustomed to both.

China may be in a precarious long-term position, but for the meantime it is “stimulating technological growth through government investment, subsidies, and prizes,” as explained by Charles Duan of the R Street Institute. In his February policy paper, he warns against a heavy emphasis on intervention and patents in the United States and instead calls for more aggressive competition for technological advances: “It is a basic American value that capitalist competition is the default driver of economic success.”

Policies are largely downstream from culture. That means upholding the values that made America great and ensuring her policies remain consistent. Former President Barack Obama’s famous “You didn’t build that” line runs counter to the American entrepreneur who takes pride in his achievements. So too does the paternalism the line infers.