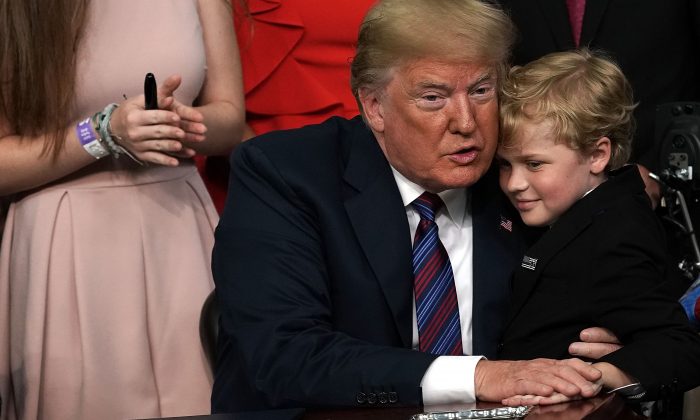 Why Do We Need a ‘Right to Try’ Bill in America?

Congress recently passed, and President Donald Trump signed, the “Right to Try” bill that gives dying patients limited access to drugs that have not yet been approved by the Food and Drug Administration (FDA).

Our founders would be astonished that we need such a bill. Nowhere does the U.S. Constitution give the federal government the authority to regulate the practice of medicine. And it is a very good thing that federal intervention and standards didn’t begin in 1789.

Standards are always based on what the authorities think are “best practices.” Until rather recently, most medical treatment was ineffective and often quite harmful, e.g., bleeding, purging, and toxic medications like calomel (mercury). Those were nevertheless the “standard of care,” accepted by the American Medical Association (AMA). The chances that a patient would benefit from seeing a doctor were probably no better than 50-50.

Then came scientific medicine and modern medical miracles. Antibiotics conquered many infectious diseases; I may have seen one of the last patients with a thoracoplasty—his chest wall caved in from removing ribs to collapse a tuberculous lung. Leukemia used to be incurable. Kidney failure meant rapid death.

We have many wonderful treatments today. But people are still dying. Their cancer, for example, may not respond to available chemotherapy. They may have heard of a promising new remedy. But it can’t possibly be approved for years, after at least a billion dollars’ worth of testing. It might not work for them—but there’s nothing else. It might be very toxic—just like other anti-cancer drugs. It might even kill them—but they are dying anyway. What have they got to lose?

From this bill they might not have much to gain. It simply expands access to drugs already in clinical trials, for which a patient might not qualify, possibly because of being too sick.

Opponents of this bill, and similar ones in various states, focus on the potential harm to society by weakening the gatekeeper role of the FDA. Patients might be enticed to spend money on “false hope.” Potential subjects might be less willing to volunteer for clinical trials—in which there is a chance they will be “randomized” to NOT receive the new drug. “Quacks” might take advantage of the law. Patients who are not wealthy wouldn’t be able to get experimental drugs not covered by insurance.

Worst of all, future patients might not be willing to wait for the FDA—and the willingness of somebody to spend billions to win approval of a cheap or nonpatentable product that will never turn a profit.

All treatments are potentially dangerous, and the dangers may not appear until many have been exposed. This is why many doctors are not “early adopters.” The patients enrolled in formal trials are just as likely to suffer harm as those who are not. The goal is to make the world aware of the danger sooner—which will happen only if unfavorable studies are honestly published instead of being covered up. Unfortunately, the evidence base for highly touted “evidence-based medicine” may be highly corrupted.

The “most vulnerable” need to be protected, we often hear. But who is actually being protected? Patients? Or the academic research establishment? The prestigious organizations that write the “guidelines” and determine the “standard of care”? The medical journals that publish the approved research? The companies that sell the extremely expensive products that have no competition? Insurers that profit more from higher premiums to cover these treatments? Pharmacy benefits managers who collect a bigger “rebate” on higher priced products?

As Goldman Sachs pointed out, curing disease is bad for business.

With speedy innovation, such as adult stem cells, “regulators have not been able to keep up,” according to a May 17 editorial in Nature. Therefore, scientists should consider slowing down?

This “cruel sham” and “ugly placebo” powerful enough to do grave harm to the current regime won’t do patients any good, it is argued.  It might harm them by shortening their last 4 weeks of life or making them sicker. Should patients not be allowed to choose to take that risk, at their own expense?

One must suspect that the real fear is that the treatment might actually work. If innovators were allowed to take risks, our descendants might view 2018 medicine the same way that we see the treatments of 1789. And how the modern medical equivalents of buggy-whip manufacturers would suffer.

Jane M. Orient is the author of “YOUR Doctor Is Not In: Healthy Skepticism about National Healthcare.”  She is the editor of AAPS News, the Doctors for Disaster Preparedness Newsletter, and Civil Defense Perspectives, and is the managing editor of the Journal of American Physicians and Surgeons.