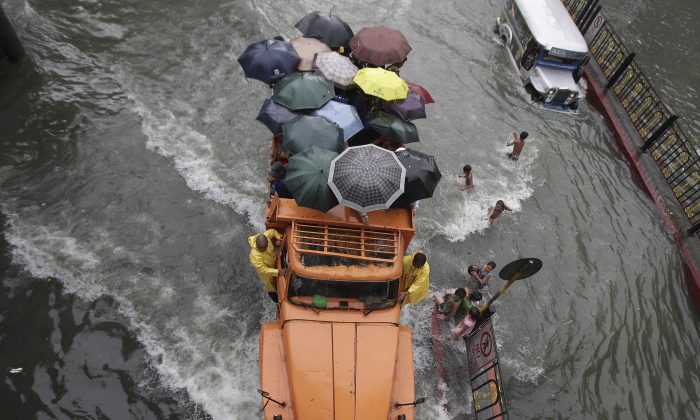 1. Mexico: Push for Legal Production of Hemp in Mexico

Marijuana and the closely related hemp can provide medicinal, food and textile industrial materials that could attract substantial investment and development in Mexico if cannabis were legalised and its cultivation and sale regulated, experts say.

“Cannabis presents possibilities for large-scale agricultural production, as it grows everywhere, and its current and potential uses represent an undeniable opportunity that is very attractive for economic development,” filmmaker and photographer Julio Zenil, one of the most active advocates for the legalisation in Mexico of marijuana, popularly known here as “mota”, told IPS. …

The launch of the new channel was announced after the US cable channel Current TV was acquired in early January 2013.

Following the purchase, Al Jazeera’s coverage will be available in more than 40 million households across the US, compared to 4.7 million prior to the deal. …

In order to ensure the capital’s constant supply of baguettes and croissants, Parisian bakers are obliged to take their holidays either in July or August – under rules dating back to the French Revolution.

The presence of bread – which holds an almost mythical importance for the French – has been guaranteed in the capital since the chaotic and starving days of the French Revolution. …

Nairobi — Kenyan women could soon be banned from straddling motorcycles or bicycles behind the driver because it is “demeaning” and is undermining traditional culture, local media reported.

Women in Kisumu County in western Kenya may be forced to sit sideways on the vehicles if a proposed law is passed. …

East Germany’s beloved hat-wearing traffic light symbol, the Ampelmännchen, should be made the European standard, recommend researchers. He sparked quicker reaction times than his trim counterpart in the West.

He’s got a knack for surpassing expectations. All his job description required was to help pedestrians cross the street safely. Who knew he’d inspire a line of memorabilia and even his own restaurant?

More than 50 years after he embarked on his career, East Germany’s Ampelmännchen (literally, “little street light man”) continues to bask in cult status …

The owner of Greymouth’s sole stockist of synthetic highs is vowing to keep selling them, despite community opposition.

However, Planet Funk owner Cedric Togiram, who has operated from his Mackay St premises for seven years, was today angry about the agitation. …

Lee Yong-nyeo, one of the few surviving victims of Japan’s military sex slavery and a leading activist who sought for truth, an apology and compensation, has died Sunday.

The House of Sharing, a shelter for the “comfort women” in Gwangju, Gyeonggi Province, said Lee died at a hospital early Sunday morning. She was 87.

At the age of 16, Lee was shipped from Busan to Yangon, Myanmar, where she was forced to provide sexual services to Japanese soldiers during World War II. …

1. Scotland Yard upholds UK security force decision to detain journalist David Miranda using the Terrorism Act, Miranda to take legal action. Miranda had worked with Guardian reporter Glenn Greenwald, who documented information released by U.S. National Security Agency leaker Edward Snowden. Miranda, a Brazilian citizen, was on his way from Berlin to his home in Brazil when he was detained for about nine hours in London’s Heathrow airport. Many, including Keith Vaz, chairman of Britain’s home affairs committee, called on authorities to justify the use of terrorism laws in this case. A statement released by the metropolitan police Tuesday night and cited by the Guardian states:  “The procedure was reviewed throughout to ensure the examination was both necessary and proportionate. Our assessment is that the use of the power in this case was legally and procedurally sound.”

2. Pakistan’s Musharraf indicted in Bhutto killing. Former Pakistani President Pervez Musharraf will be indicted in an Anti-Terrorism Court on Tuesday. He faces charges of conspiracy related to the killing of former Prime Minister Benazir Bhutto.

3. First official photographs of Prince George released. Prince William, Catherine, Duchess of Cambridge, and their baby, third in line to the British throne, are pictured in the garden of their family home in Bucklebury, Berkshire. The duchess’s father, Michael Middleton, took the photos, reports the BBC.

5. Floods recede in Manilla. Flooding caused by some of the Philippines’ heaviest rains that submerged more than half the capital began receding Tuesday even as authorities evacuated thousands of residents along Manila’s overflowing rivers and braced for more chaos in outlying provinces. At least eight people have died, including four who drowned north of Manila. The dead included a 5-year-old boy whose house was hit by a concrete wall that collapsed, and a 3-year-old boy who fell into a swollen river in Mariveles town in Bataan province. Four people are missing.

6. Firefighters make headway against wildfires in Idaho, but thunderstorms could cause flooding in the already devastated region. Blaine County officials tweeted that storms forecast for Tuesday could cause further problems: “If a storm moves over the fire and dumps a lot of rain in short amount of time then that could be a flood risk.” The fire, which has spread over 100,000 acres was about 8 percent contained Monday, reports NBC News, and favorable weather helped firefighters.