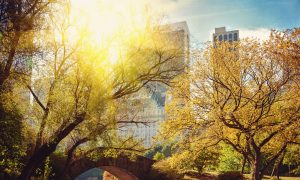 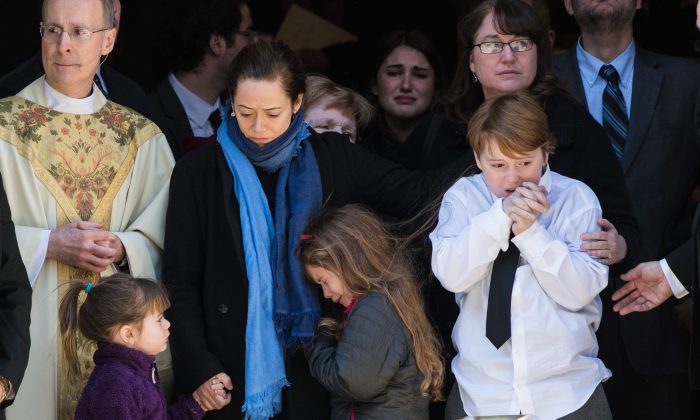 WASHINGTON—The tragic death of Oscar-winning actor Philip Seymour Hoffman has ignited media discussions on the attraction of heroin, the apparent cause of his death. Hoffman had sought treatment in May, reportedly, for a prescription painkiller dependency that had led him to return to heroin.

Reports from the Drug Enforcement Administration (DEA) see heroin making a comeback, and one of the main reasons is that addicts substitute heroin for prescription drugs, especially painkillers.

“Because there has been tighter control on prescription drugs, addicts have begun to trend more directly to non-prescribed opiate use. Typically, the prescription opiates have been the gateway to increased non-prescription use,” said Bankole A. Johnson, D.Sc., M.D., chairman of the Department of Psychiatry, University of Maryland School of Medicine, and a leading expert in neuroscience and the psychopharmacology of addiction research, in an email.

Chemically, heroin has a lot in common with prescription painkillers.

“Heroin is an opioid drug that is synthesized from morphine, a naturally occurring substance extracted from the seed pod of the Asian opium poppy plant,” according to National Institutes of Health’s (NIH) National Institute on Drug Abuse.

Painkillers marketed as OxyContin, Percocet, and Vicodin are also based on morphine.

The National Institute on Drug Abuse states, “Prescription opioid pain medications such as OxyContin and Vicodin can have effects similar to heroin when taken in doses or in ways other than prescribed, and they are currently among the most commonly abused drugs in the United States.”

Heroin is more dangerous than the prescription painkillers. The DEA reported, “Those abusers who have recently switched to heroin are at higher risk for accidental overdose.” Heroin varies in strength in a way prescription drugs do not.

Johnson said, “The risk of overdose is increased because addicts, thinking they are using their usual amount, are actually getting a bigger dose, with less whole body tolerance.”

Toxicologist Christina Hantsch, M.D., of the Loyola University Health System in Maywood, Ill., specializes in emergency medicine. “I have seen more fatal and near-fatal cases from heroin overdoses compared with other drugs of abuse,” she stated in a university press release.

Heroin is also highly addictive. “Those who use heroin can get hooked on the drug the first time they try it,” Hantsch stated. “They also often require increasing amounts over time to get high or to prevent withdrawal.”

Johnson said that heroin is likely the most addictive substance and very hard to wean or detox from. “In some European countries, heroin addicts are weaned by using increasingly smaller doses of heroin because such addicts often refuse to try a less stimulating opiate like methadone. Heroin addicts do not typically switch to OxyContin; the opposite is more likely,” he said.

Painkiller users who can’t get their drug of choice are turning to heroin, because it is cheaper now than the black market price for pharmaceutical pain pills. Heroin tends to be stronger now than the heroin available in past decades.

According to Time.com, “OxyContin, Percocet, and Vicodin have become increasingly hard and costly to obtain on the black market in recent years,” while the supply of heroin from Mexico has increased, bringing prices down.

For the price of one oxycondone pill, which in New York is going for $30, one can get high six times on heroin, according to Erin Mulvey, a DEA spokeswoman in New York, the LA Times reported.

Demographic evidence that painkillers are becoming a gateway to heroin was found in the Substance Abuse and Mental Health Services Administration (SAMHSA) report. In a an August 2013 news release SAMHSA stated that four out of five heroin first-time users (79.5 percent) “had previously used prescription pain relievers nonmedically.”

Further proof of a connection developing was the study’s finding for the people aged 12–49 who used prescription pain relievers. They were 19 times more likely to have initiated heroin use within the past year of being interviewed—0.39 percent versus 0.02 percent—than the others in the age group.

This is a very disturbing finding indicating that many recreational pain pill users have turned to heroin as a substitute. But even 0.39 percent is still merely a fraction of 1 percent of the pain reliever abuser population.

Another factor made heroin attractive. In 2010, OxyContin changed its formula. OxyContin is designed to be released into the system slowly. Drug abusers who want an immediate rush would crush the pills and inhale the powder, or dissolve the pills in water and inject the solution.

The new formula made inhaling or injecting much harder to do.

“Our data show that OxyContin use by inhalation or intravenous administration has dropped significantly since that abuse-deterrent formulation came onto the market,” said Dr. Theodore Cicero, a professor of neuropharmacology in psychiatry at the Washington University School of Medicine. Cicero said that OxyContin users were switching to heroin.

The National Survey on Drug Use and Health (NSDUH) regularly surveys illicit drug use. It found that the number of persons who received treatment for heroin dependency increased from 2002 (277,000 persons) to 2012 (450,000 persons), a 62 percent increase. More than twice as many people sought treatment for painkiller dependency in 2012 (973,000).