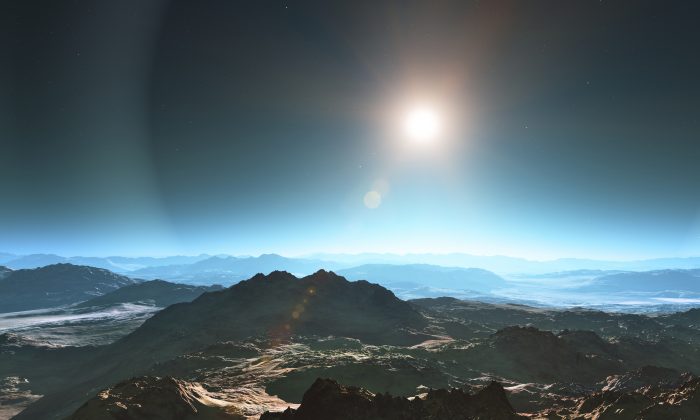 To Stop Mass Extinction, Focus on the ‘Ghosts’

A new study urges scientists to move their focus from species extinction to species rarity in order to recognize—and avoid—a mass extinction in the modern world.

Pincelli Hull of Yale University and colleagues argue in Nature that modern extinction rates may be a poor measure of whether we’re in the midst of a mass extinction event today—something many scientists suspect may be happening.

Instead, Hull and her coauthors contend, the best way to see a mass extinction in real time is by studying changes in species and ecosystems.

Earth has experienced more than a dozen mass extinction events, when the great diversity of life on Earth disappeared and was replaced by a flora or fauna often entirely unlike what had come before. The largest of these events (the most recent, which wiped out the dinosaurs, was 66 million years ago) have collectively become known as the “Five Mass Extinctions.”

In recent years, Hull says, some have argued that Earth is entering a sixth mass extinction event.

“I am an extinction scientist. In my research I dissect past extinctions to work out what occurred and why. The idea of being able to pin down whether we are in a sixth mass extinction, based on extinction rates measured today, was absolutely astounding to me,” says Hull, who is lead author of the study and an assistant professor of geology and geophysics.

“It implied a deep mechanistic and predictive understanding of how mass extinctions unfold that I wasn’t sure we actually had.”

Hull and her coauthors, Simon Darroch and Douglas Erwin from the Smithsonian Institution, contend that long before species become extinct, their rarity may cause far-reaching changes in global ecosystems. In fact, the researchers explain, the rarity of previously abundant species and ecosystems alone may be enough to drive permanent shifts in the biosphere.

A review of the fossil record, they say, shows that rarity of previously abundant organisms is the only factor tied with certainty to the widespread ecological change observed across extinction boundaries, and because of this, the magnitude and extent of rarity may provide the best comparison of the current biotic crisis to those of the past.

“Ecology tells us that ecosystems can collapse completely on timescales ranging from 100 to 10,000 years, which is a process that typically isn’t preserved in the fossil record, so we simply don’t have a good idea of what these transitional ecosystems look like,” Darroch says.

“Figuring out how mass rarity in a wide range of species in today’s oceans may scale up to a mass extinction on longer timescales is one of the great scientific challenges of our generation.”

The researchers note, for example, that the modern ocean is full of ecological “ghosts”—species that are now so rare that they no longer fill the ecological roles they did previously, when they were more abundant. In other words, species rarity itself, rather than extinction, can lead to a cascade of changes within ecosystems, long before the species goes extinct, the scientists explain.

“The ecological ghosts of oceans past already swim in emptied seas,” the authors write in the paper. But they also note that today’s fossil record has yet to be written.

“There are steps to take to avoid a mass extinction-like record, even if there are signs of it,” Hull says. “This makes it all the more urgent to act early to protect ecosystems and restore once-abundant species.”