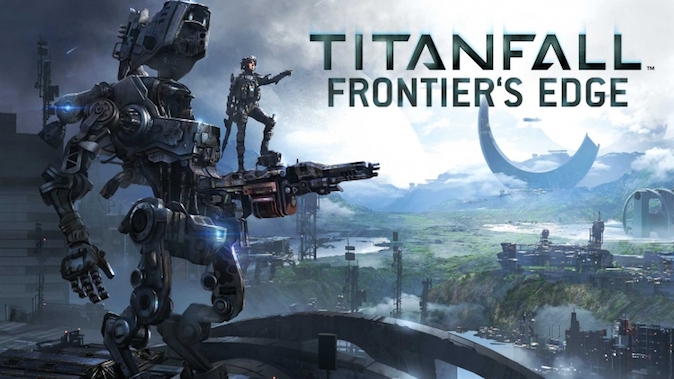 Respawn Entertainment will be unveiling the latest Titanfall DLC soon.

On July 23rd, Respawn will reveal more information about the upcoming DLC on Twitch.

Respawn has already released details for Dig Site and Export.

Check out the information from Respawn below.

“Mining operations are on hold while the Militia defend this crucial asset against IMC attacks. Surrounded by sheer rock walls that offer natural protection against air assault, the site becomes a bloody ground war characterized by titan skirmishes over subtle elevation changes in the terrain, and a mix of short and medium-range engagements for pilots.

Titans patrol the narrow pathways between the industrial processing buildings while pilots leap overhead, and an imposing rock saw the size of an overturned office building looms over the site providing cover and high ground for pilots.”

“The nearby mines fueled this large Militia settlement, an important exporting hub built on the side of a mountain that recalls the gold rush boom-towns from centuries earlier. Overshadowed by a massive armature that controls an offshore lock system for marine transport, Export caters to close-quarter, house-to-house combat for ground troops.

Pilots use this to their advantage by using quick wall-hops on the close structures to gain speed and height, then engage enemies from the low rooftops. Titans can lock down sections of the town by leveraging natural choke points, and often fight up a steep incline that leads to a commanding view of the town below.”