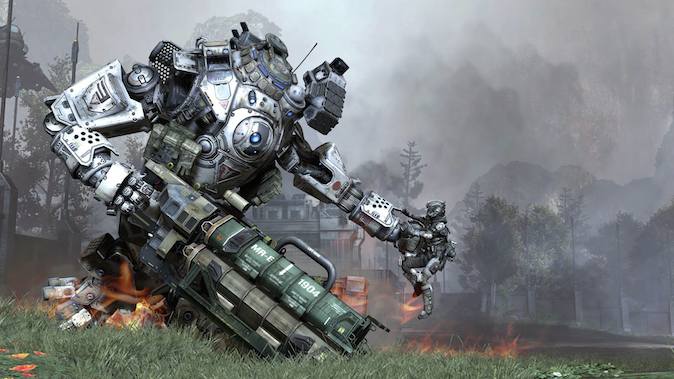 EA and Respawn Entertainment’s follow-up to their Titanfall title could be available for the PlayStation 4.

According to a source close to the game’s development, “Titanfall 2” will get a PS4 release, the Wall Street Journal reports.

This noteworthy news because the original Titanfall was only made for the Xbox next and current-gen platforms (Xbox One and 360) and the PC.

The source also claims that the game is in its “planning stages.” EA has refused to respond to the Wall Street Journal when asked to comment.

A sequel is almost certain to be made, though.

In March 2014, a source told Gamespot that EA has negotiated a deal with Respawn Entertainment on producing a sequel to Titanfall.

Later on in May, EA confirmed that it had signed a deal with Respawn to bring more Titanfall “experiences” to gamers. Although EA and Respawn did not clarify what those “experiences” would entail, its very likely that a sequel to Titanfall is being planned.

As for clues about the rumored “Titanfall 2” for the PlayStation platform, one must go all the way back to October 2013 for anything substantial.

Then, Respawn Entertainment co-founder Vince Zampella had said that his company would someday produce a PlayStation 4 title, just that it would not be the first Titanfall.

So it does seem likely that “Titanfall 2,” when it is ever announced, will no longer be an Xbox and PC exclusive game.