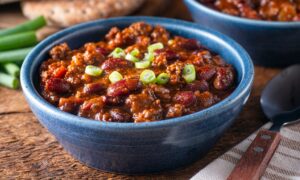 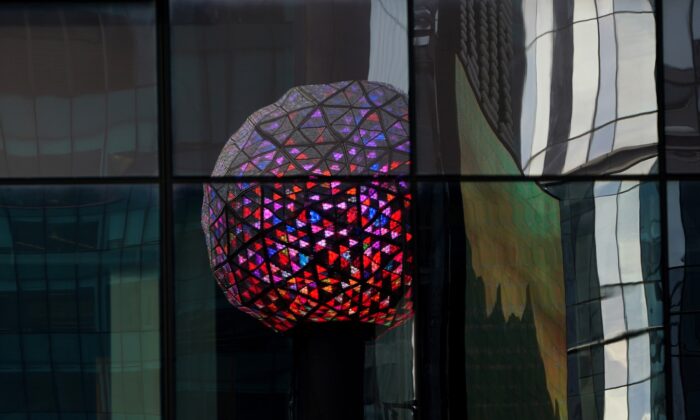 The Times Square ball is reflected in a nearby building as it is tested out for the media ahead of the New Year's celebration in Times Square of New York City, N.Y., on Dec. 30, 2020. (Carlo Allegri/Reuters)
US

NEW YORK—New York City’s Times Square was barricaded on Thursday, with only a handful of invited guests, including health care workers and others from the front lines of the coronavirus pandemic, allowed in to watch the New Year’s Eve ball drop in person.

Everyone else should stay home and watch the pared-down festivities on television, Mayor Bill de Blasio said, with scores of events around the United States similarly curtailed or moved online.

Tens of thousands of people usually fill the blocks around Times Square, standing for hours in the cold at the focal point of U.S. New Year’s Eve celebrations, waiting for a crystal ball to slowly descend in the year’s final seconds.

Police will allow in only a few dozen this year, with masks and no sign of fever required for entry, among them the Bronx-born singer Jennifer Lopez and Gloria Gaynor, who is due to sing her disco classic “I Will Survive” for a few dozen front-line workers and their families.

Organizers have invited a grocery store worker, a building doorman, a pizza delivery man, and doctors and nurses, including Sandra Lindsay, the New York nurse who became the first recipient of a coronavirus vaccine in the United States outside of a trial earlier this month.

More than 25,000 New Yorkers have been killed by COVID-19 this year as the city at one time grappled with the world’s deadliest outbreak back in the spring.

“It’s going to be actually, arguably, the most special, the most poignant, the most moving New Year’s Eve,” de Blasio, who will push the button to start the crystal’s ball descent, told reporters. “In 2021, we’re going to show people what it looks like to recover, to come back.”

As new daily case tallies continue to rise across the United States, bars and restaurants and other gathering places have been closed or have sharply limited capacity.

In Las Vegas, Boston, and beyond, official fireworks displays have been canceled. Organizers of Boston’s annual First Night arts festival on New Year’s Eve have arranged for six hours of live performances streamed online by local musicians and artists.

By Dan Fastenberg and Jonathan Allen