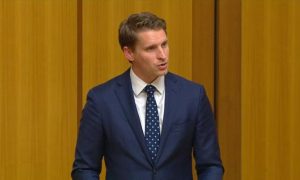 TIMELINES: What major treaty was signed in the Dutch town of Maastricht Feb. 7, 1992?

Feb. 7, 1992, in the Dutch town of Maastricht, ministers from the European community sign the Maastricht Treaty on European Union. After intense negotiations, the signing of the treaty establishes the foundation for a unified Europe on divisive issues such as financial policy, immigration, crime, policing, security, and counterterrorism. One of the most significant aspects of the treaty is the laying of groundwork for the establishment of a common currency, the euro. The treaty becomes effective in 1993 with 12 members, including France, Germany, Greece, Spain, Great Britain, and Denmark. However, Great Britain and Denmark opt not to join the eurozone.

Last week, in an effort to address the ongoing European sovereign debt crisis and establish new mechanisms to proactively prevent such problems from recurring in the future, the European Stability Mechanism (ESM) treaty was signed by ambassadors of the eurozone countries in Brussels. The ESM, which goes into effect in July, will be equipped with various tools for providing financial assistance to EU member states. According to the Council of the European Union’s website, the ESM’s powers will include the ability to “grant loans to its members, provide precautionary financial assistance, purchase bonds of beneficiary member states.” The treaty came amid intense negotiations inside Greece and between Greece and its EU and IMF creditors to finalize a new rescue loan package to prevent a looming default.