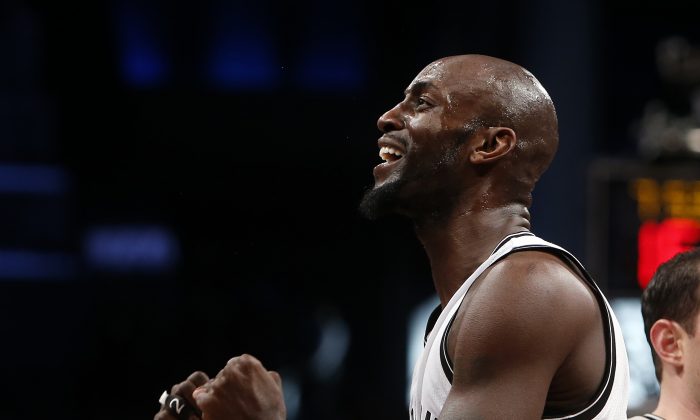 The Minnesota Timberwolves could bring Kevin Garnett back to the franchise that drafted him if a trade that the team has discussed with the Brooklyn Nets, Garnett’s current team, goes through.

Garnett, 38, played for the Timberwolves from 1995 through 2007, though he struggled at times without a strong supporting cast. He was eventually traded to the Boston Celtics, with whom he won a championship, before being shipped to the Nets in 2013.

Now the Timberwolves could be poised to bring Garnett back for what is likely his final season before retiring, as he’s one of the league’s oldest players and finishing the final year on his current contract.

Young has been known to be on the block, since he’s several years older than the rest of the Timberwolves young core and would likely draw at least one draft pick in most trade scenarios.

The Timberwolves have also been shopping veterans Kevin Martin and Chase Budinger.

“Nostalgic saps like me would naturally love to see KG play it out in Sota. But even if this doesn’t happen, KG has already made it clear that he hopes to buy Wolves someday,” noted Stein.

“The question for KG,” noted Jon Krawczynski of the Associated Press, “If he’s going to make a move, does he try for 1 last playoff run or come back to a place that would embrace him like no other?”

Garnett has the ultimate power in regards to trades because he has veto power built into his contract, meaning any trade involving him needs his approval.