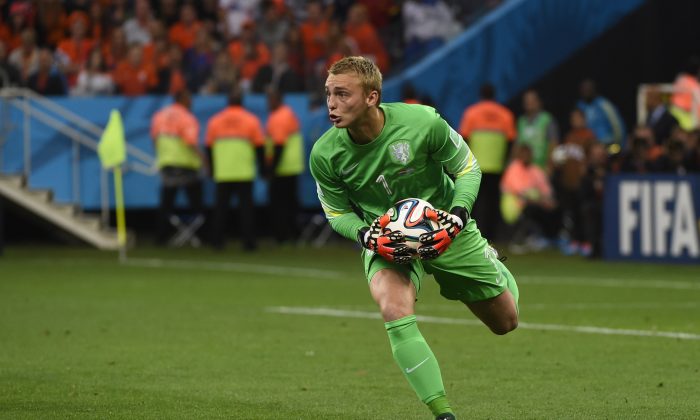 Netherlands' goalkeeper Jasper Cillessen gathers the ball during the semi-final football match between Netherlands and Argentina of the FIFA World Cup at The Corinthians Arena in Sao Paulo on July 9, 2014. (PEDRO UGARTE/AFP/Getty Images)
Soccer

However, van Gaal has already used up all three of his substitutes already. He removed Bruno Martins Indi and put on Daryl Janmaat in the 45th minute; replaced Nigel de Jong and put on Jordy Clasie in the 62nd minute; and put on Klaas Jan Huntelaar for Robin van Persie in the 96th  minute.

See an AP story below: