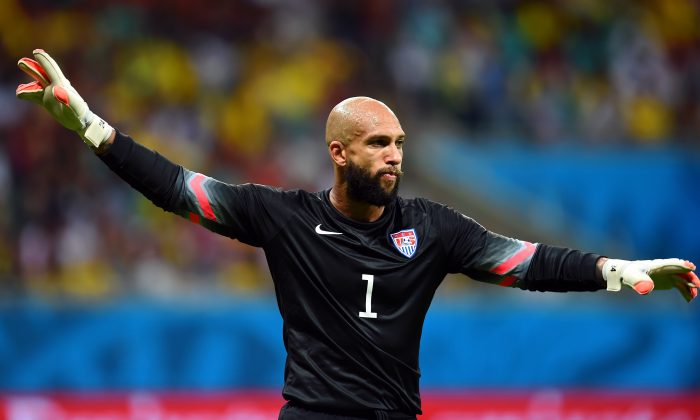 Tim Howard of the United States gestures during the 2014 FIFA World Cup Brazil Round of 16 match between Belgium and the United States at Arena Fonte Nova on July 1, 2014 in Salvador, Brazil. (Jamie McDonald/Getty Images)
Soccer

Check out a few photos of Howard in action:

Watch some of his saves below.