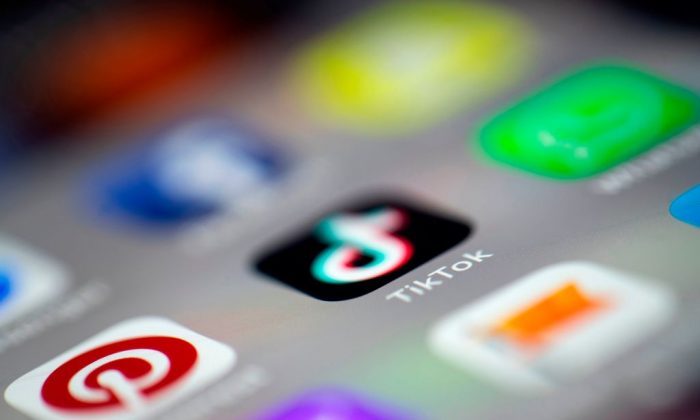 The logo of the Chinese social media app TikTok is shown in a picture taken in Paris on Dec. 14, 2018. (Joel Saget/AFP/Getty Images)
Australia

TikTok Not Approved by Australian Department of Defense Devices

The Australian Department Of Defense has not approved the use of video-sharing social networking app TikTok on devices used by its military personnel, the ABC reported.

TikTok, which is owned by Chinese company ByteDance and based in Beijing, is not used nor has it been whitelisted, a Department of Defense spokesperson told the publication.

The news of the app not being allowed on Australian Defense devices comes after a recent similar ban by U.S. military forces on government-issued phones which it said was due to cybersecurity risks.

In December, the Pentagon also advised there was a “potential risk” associated with using the app and asked U.S. military personnel to delete the app from their government-issued phones.

The U.S. Navy also banned the app on government devices of Navy and Marine personnel in December, saying that it represented a “cybersecurity threat.”

TikTok allows users to create short-form videos up to 15 seconds which are often accompanied by music and the app has soared in popularity in recent years, beating Instagram and Snapchat in 2018 to become the world’s fourth most downloaded app.

In 2019, it overtook Facebook and Messenger to become the second most downloaded app behind WhatsApp, and roughly 60 percent of its 26.5 million monthly active users in the United States are between the ages of 16 and 24, the company said.

However, its spike in popularity has raised concerns about data privacy and national security among some U.S. regulators and lawmakers, who expressed fears over the potential for the Chinese government to access TikTok data.

TikTok, which was valued at $78 billion (AU$112 billion) late last year has repeatedly defended itself over those concerns, saying that the company stores all U.S. user data in the United States, with backup redundancy in Singapore.

“Our data centers are located entirely outside of China, and none of our data is subject to Chinese law,” it said in a statement issued in October last year.

“Further, we have a dedicated technical team focused on adhering to robust cybersecurity policies, and data privacy and security practices.”

However, there is no information on the company’s website and it did not elaborate further in its statement on where data on users from other countries, including Australia, is stored.

“We have never been asked by the Chinese government to remove any content and we would not do so if asked. Period. Our U.S. moderation team, which is lead out of California, reviews content for adherence to our U.S. policies—just like other U.S. companies in our space.”

“We are not influenced by any foreign government, including the Chinese government; TikTok does not operate in China, nor do we have any intention of doing so in the future,” it added.