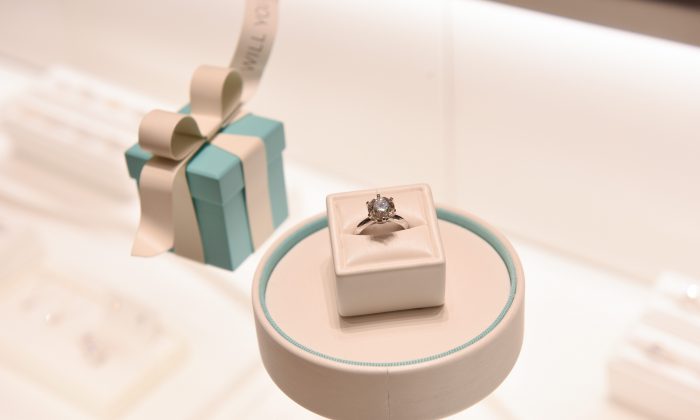 Tiffany & Co.’s on Nov. 28 reported quarterly sales that missed estimates as Chinese tourists spent less than expected at the jeweler’s stores in the United States and Hong Kong, a shortfall that sent the company’s shares down as much 13 percent.

Investors were also disappointed by the 181-year-old company’s failure to raise its full-year profit outlook ahead of the holiday season and by growth of same-store sales at a slower pace than expected.

Chief Executive Alessandro Bogliolo tried to reassure investors that while spending outside of China was down, sales in the country were robust.

“We can speculate on the reasons for the tourist spend down outside of China but the reality is that the Tiffany brand is appealing to Chinese customers as evidenced by the continued strong sales growth in mainland China in the quarter,” he said on an investor call.

Some of the increase in demand in mainland China could be attributed to Tiffany lowering prices in the country after the Chinese government cut tariffs on luxury goods, he said.

“When it comes to tourism, what we do is try to follow the customers while they spend … We are increasing our inventory in China because demand there has grown,” Bogliolo said.

“Declining Chinese tourist spending is concerning and may be reflective of strained relations with the U.S.,” said research firm Retail Metrics founder Ken Perkins, referring to the U.S.-China trade dispute. “China’s growth has been slowing so to see strong spending on the mainland is encouraging.”

The unchanged outlook, among other things, reflected Tiffany’s planned increases in marketing expenditure to entice younger shoppers into its stores and expenses related to the renovation of its flagship store in New York, the company said.

The jeweler has refreshed its collections with more affordable items such as pendants and earrings to appeal to millennials who have been gravitating to lower-priced competitors such as Denmark’s Pandora A/S  and Signet Jewelers.

Bogliolo said the company has also invested in marketing to reach Chinese customers and tourists specifically.

“Of course if there are less Chinese tourists traveling, we divert our media from traveling locations—airports etc—more to domestic media, typically digital,” he said, citing the recent launch of its platinum and diamond collection Paper Flowers in China.

Analysts on average expected earnings of 77 cents per share on revenue of $1.05 billion.

The company’s comparable-store sales, excluding the impact of currency changes, rose 3 percent, while analysts on average were expecting a rise of 5.3 percent, according to IBES data from Refinitiv.