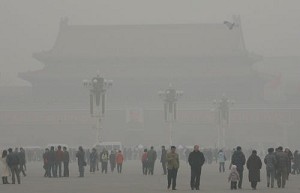 BEIJING—Families of victims of China's crackdown on the 1989 Tiananmen Square movement appealed to Chinese lawmakers on Thursday to open a dialogue, saying such a move would send the right message ahead of the Beijing Olympics.

In an open letter released through New York-based Human Rights in China, the “Tiananmen Mothers” said members of China's parliament, whose annual session opens next week, should also issue a public apology to families of those killed on June 4, 1989.

“How can this government face the whole world?” the letter asked.

“Is it really possible that, as the host of the 2008 Olympic Games, the government can be at ease allowing athletes from all over the world to tread on this piece of blood-stained soil and participate in the Olympics?”

China pledged to improve its human rights record in order to host the Games, which open on Aug. 8, but experts and lawmakers told a U.S. government panel on Wednesday that such promises were not being kept.

After initially tolerating the student-led demonstrations in the spring of 1989, the ruling Communist Party sent troops to crush the protests on the night of June 3-4, killing hundreds.

China has since labelled the movement “counter-revolutionary” and, nearly 19 years on, the subject remains taboo and the leadership has rejected public calls to overturn its verdict.

The Tiananmen Mothers, a group led by Ding Zilin, a retired professor whose teenage son was killed in the crackdown, called for the Standing Committee of China's parliament, or National People's Congress, to designate prosecutors to investigate the killings.

“Issues remaining after June 4th must be resolved through the legal system, in accordance with the law, without interference by any party, faction or individual,” the letter said.

“They must not be resolved according to the pattern of previous political campaigns, after which the government has always issued its own account of a re-evaluation or exoneration.”