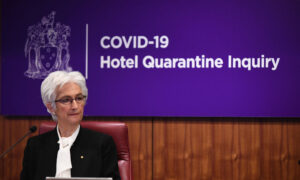 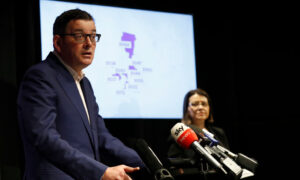 Victoria has had another three COVID-19 virus deaths as new case numbers dropped to their lowest since June 12.

The latest fatalities take the state toll to 787 and the national figure to 875.

But there were only five new cases, the first time since June that number has been below 10.

Melbourne’s all-important new case average is now down to 20.3 and is at 0.6 for regional areas.

There were just 31 cases with an unknown source for Melbourne from Sept. 12-25 and none outside the city.

Meanwhile, Melbourne has awoken after its final night of curfew following the Victorian government’s decision to lifted the COVID-19 lockdown measure.

City dwellers have lived with the nightly 9 p.m. to 5 a.m. curfew for eight weeks as authorities struggled to bring the state’s second wave of infections under control.

The curfew was halted from 5 a.m. on Sept. 28 under widespread rule relaxations unveiled on Sept. 27.

Premier Daniel Andrews said lifting the curfew did not mean people could hold private indoor or outdoor gatherings, with those caught doing so liable for a beefed-up $5000 fine.

“No one has the right to put everything that Victorians have done at risk by going and potentially spreading the virus, one family to another,” Andrews said.

A trial contesting the curfew’s legality under the state’s human rights charter was scheduled for the Supreme Court on Sept. 28.

The premier denied the move to repeal it was motivated by the legal action.

Other rule changes include childcare reopening, allowances for outdoor gatherings of up to five from two households and the lifting of a shopping limit of one person per household a day.

Victoria’s VCE and VCAL students will also return to school for assessments from Oct. 5, with primary school students back on Oct. 12.

He urged Victorians not to let their guard down, saying the virus would run wild if people pretend the second wave is over.