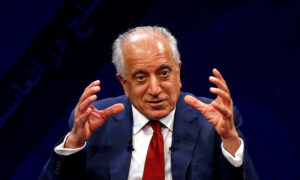 Top US Negotiator in Kabul to Brief Afghan Government
0 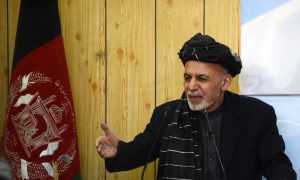 Three men have been arrested in Spain over the alleged sexual assault of three sisters from the United States on News Year’s Eve, authorities said.

The alleged victims, aged 23, 20, and 18, who are from Ohio, were reportedly attacked on New Year’s Eve in the southeastern Spanish city of Murcia by three Afghan men aged between 20 and 25.

In a press conference on Jan. 3, Francisco Jiménez, the government delegate in Murcia, said the alleged sexual assaults took place in two different homes, one of which was in the Plaza de la Candelaria, where the youngest of the victims lived while she was studying in the city, reported Euro Weekly News.

The second location belonged to the three arrested Afghan citizens, he said.

Local newspaper La Opinión de Murcia reported that the alleged victims and attackers initially met in a pub during the New Year’s Eve celebrations before one of the sisters left with one of the men to go to his home.

The other two sisters stayed in the bar before leaving with the two remaining men to continue celebrations at the apartment belonging to the youngest woman, they said.

According to Jiménez, at the time the incident took place, the older sisters were on vacation and visiting the younger sister, who was due to return with them to the United States after finishing her studies.

According to La Opinión de Murcia, two of the women reported being raped and the third was assaulted and beaten before managing to escape.

Police found indications not only of sexual assault but also other injuries to one of the girls who was attacked, Euro Weekly News reported.

The men were taken to different police stations after spending the night in a station located in Plaza Ceballos, near the neighborhood of Santa Eulalia where the events took place, Jiménez said.

Two of the three men had recently been granted political asylum in Spain and one of them is studying professional training in the country. None of them has a criminal record, he added.

They are now facing charges of sexual assault, threats, and battery.

Meanwhile, the three women, who have since reportedly flown back to the United States, were treated by doctors and were said to be in contact with the National Police unit for sexual and domestic violence cases.

According to Euro Weekly News, the National Police are continuing to investigate the incident and officials are reportedly collecting footage from surveillance cameras in the central district of Santa Eulalia where the women met the detainees.

Just one day after the alleged attack on the three sisters, a young woman was reportedly beaten and raped in Almería, Andalusia, in the southeast of Spain, where she is now in a coma in hospital.

On Jan. 5, a group of migrants was arrested by the National Police in the town of Teruel, in the mountainous Aragon region of eastern Spain, after they were accused of sexually assaulting a young woman, reported Euro Weekly News.

The Guardian reported that the past year saw hundreds of protesters take to the streets in more than 250 towns and cities across Spain to declare a “feminist emergency” after a series of high-profile rape cases and a summer which saw 19 women murdered by current or former partners.

Since the government began recording such murders in 2003, 1,017 women have been killed by their current or former partners, according to the Ministry of the Presidency, Relations with the Courts and Equality.