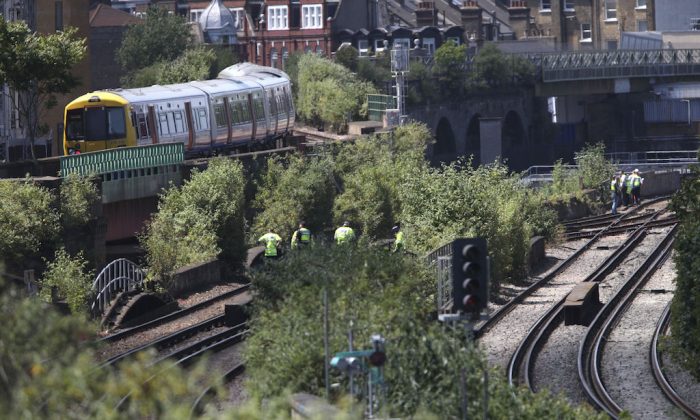 LONDON—Three men died after they were hit by a train in south London on Monday, with police saying it was possible the men were graffiti artists.

British Transport Police said a train driver had alerted them after spotting multiple bodies on the track at around 0730 GMT and that their injuries were consistent with having been hit by a train.

The BBC reported that spray cans were found near the bodies of the men, believed to be aged in their 20s, on the busy trainline near at Loughborough Junction station.

Police said they were treating the deaths as “unexplained”. Superintendent Matthew Allingham confirmed the men were not railway employees and that officers were investigating the possibility they might have been graffiti artists.

“We are aware that there are a number of speculative comments about this on social media, but it is too early for us to comment on their reasons for being on the track,” BTP said in a statement.

The identity of one of those killed had been established but the other two men were yet to be identified.

Fatalities are relatively rare on Britain’s rail network. Seven people died when a car pulled onto a rail crossing in 2004 in Berkshire, southern England, and seven died when a tram crashed in Croydon, south London, in 2016.

By Alistair Smout and Ben Sladden