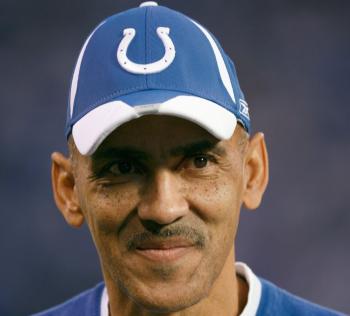 Rahul Vaidyanath
Journalist
Rahul Vaidyanath is a journalist with The Epoch Times in Ottawa. His areas of expertise include the economy, financial markets, China, and national defence and security. He has worked for the Bank of Canada, Canada Mortgage and Housing Corp., and investment banks in Toronto, New York, and Los Angeles.
View profile
Follow
biggersmaller
Print
As the decade comes to a close, three sports persona come to mind as exemplifying success and admirable conduct. Too many times, we hear stories about athletes making too much money too soon in life and doing the wrong things. Instead, let’s celebrate success and exemplary behavior.

Tony Dungy, Steve Nash, and Roger Federer have enjoyed remarkable success in the decade of the 2000s. They are the true sports role models for kids because of their demeanor and conduct on and off the sporting stage.

Tony Dungy took over the reigns of the Indianapolis Colts in January 2002 and promptly turned a 6–10 team into a 10–6 team in his first season in charge.

With Dungy at the helm and the combination of quarterback Peyton Manning and wide receiver Marvin Harrison, Indianapolis would begin a string of seven straight seasons of 12 or more wins.

Several stumbles in the playoffs never defeated Dungy. In February 2007, the Colts beat the Chicago Bears to win the Super Bowl, and Dungy became the first black head coach to win a Super Bowl.

Dungy is well known for his charitable work with Big Brothers Big Sisters, Mentors for Life, and Athletes in Action, to name a few. He also works with the United Way of Central Indiana and the American Diabetes Association.

Dungy is a New York Times best-selling author of two books. “Quiet Strength” details his rise to the top of his profession in the face of enormous obstacles, and “Uncommon” tells how one can achieve significance through lessons learned from a life in athletics.

Former Oakland Raiders defensive lineman Warren Sapp called Dungy “the greatest man I’ve ever met in my life.” Dungy is an inspiration not only for his achievements, but also for his conduct as a coach and his continuing work helping others.

He is enjoying his first season as the primary football analyst on NBC’s “Football Night in America.”

Steve Nash was named NBA MVP in 2005 and 2006 and almost again in 2007. His statistics this past decade, which began with Dallas and will end with Phoenix, speak for themselves.

The perennial NBA All-Star established the Steve Nash Foundation to help underserved children in their health, personal development, education, and enjoyment of life.

Nash also has a strong interest in soccer as a businessman. He assists in the development of women’s professional soccer, the Vancouver Whitecaps soccer team, and “Football for Good,” a business created to bring opportunities in soccer for war-torn African nations. Nash was actually born in South Africa but moved to Canada’s West Coast at an early age.

Nash is in his 14th NBA season now. While he doesn’t get the hype of a LeBron James or Kobe Bryant, he deserves just as much recognition for his play at the point guard position as they do for their work at shooting guard or small forward.

Although he hasn’t won an NBA championship, Nash is a role model for his energetic, hard-working style of play as well as his entrepreneurial spirit for helping those less fortunate.