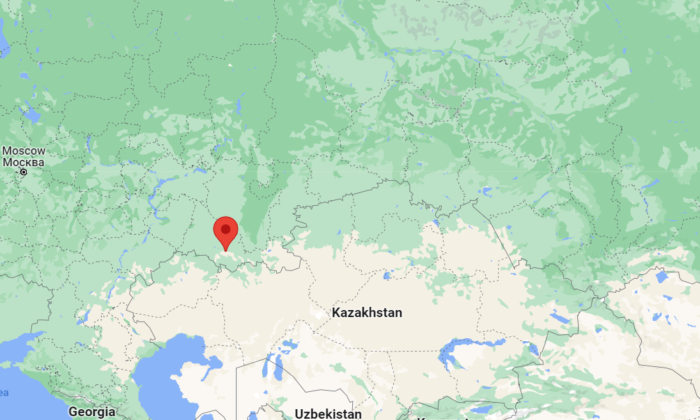 A map show the location of Orenburg region in Russia, on April 23, 2022. (Google Maps)
Europe

Three Miners Killed in Explosion at Russian Mine: Agencies

Three miners were killed in an explosion at the Gaisky ore mining and processing plant in Russia’s Orenburg region, Russian news agencies quoted the regional prosecutor’s office as saying on Saturday.

The office also said that the remaining 88 people were evacuated.

The Gaisky copper and zinc mine and mill complex, one of Russia’s largest copper mines, is owned by the Ural Mining and Metallurgical Company holding. It is located at the far southern tip of the Ural mountains near Russia’s border with Kazakhstan.