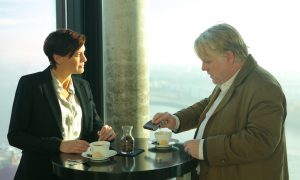 'A Most Wanted Man': A Spy Movie With All the Fun Stuff Deleted
0
Share Now
TelegramFacebookTweetEmailTellMeWeReddit
Copy Link
Entertainment

Robert Downey Jr.., Jeremy Renner, and Jake Gyllenhaal: They’re so good at acting—why are they playing all these actions roles now? Here’s a look at the before and after trends of three outstanding film actors.

Robert Downey began his career as a child actor and then became a Hollywood gossip-headlining, notorious motor-mouthed rampant consumer of illegal substances, which resulted in some serious jail time. Downey’s party-past makes Lindsay Lohan’s look like a paltry picnic; people wondered how long before he departed the planet in a cloud of powder.

Downey rehabbed and resurrected himself, became devoted to wing chun kung fu, and is now the star of the hip, new “Sherlock Holmes” franchise depicting Holmes as a genius, motor-mouthed martial artist.

Not to mention starring as the motor-mouthed Tony Stark of “Iron Man.” Excellent recovery. When asked how many times he’ll play Iron Man at a BAFTA event in 2o14, Downey had replied, “”You know, it may verge on double digits, but it will probably wind up being a little shy.”

Jeremy Renner started off playing Jeffrey Dahmer in “Dahmer” so well that he won an Independent Spirit Award nomination. He also played a white supremacist in love with a black girl. He was in the fast-zombie movie “28 Weeks Later,” and played a high school punk in “North Country.”

Are they action heroes because they do action better than most?

It was his role as a hyper-focused bomb specialist in “The Hurt Locker,” for which he was nominated for an Academy Award, that started a  trend toward action: roles in the “Mission: Impossible” franchise, “The Avengers” franchise, and the Jason Bourne franchise. Renner is a talented musician, and he enjoys renovating old, iconic Hollywood homes.

Renner’s got the personality of a wolverine; they’re not all that big, but they’re afraid of nothing. A wolverine has no problem facing off with a grizzly 10 times its size and weight. This quality is very good for action movies.

Best known for “Brokeback Mountain,” Jake Gyllenhaal is in the same league with the above two actors. They are all simply great actors, but pull off the action as well as the best of them. Gyllenhaal’s played diverse roles in “October Sky,” “Donnie Darko,” and “Nightcrawler” but is getting called more often to play tougher roles, such as in “Jarhead,” “End of Watch,” and now a boxer in “Southpaw.”

The Chicken or the Egg?

The fact that all three of these men are known primarily for their acting chops (as opposed to a Jean-Claude Van Damme, an Arnold Schwarzenegger, or a Dwayne Johnson) makes it interesting that they’re all now trending toward playing action heroes on a regular basis.

Are they action heroes because they do action better than most? Or is it because movies now cater mainly to boy-heavy moviegoing crowds that favor all action, all the time? We’re betting it’s the latter.

More of the Same