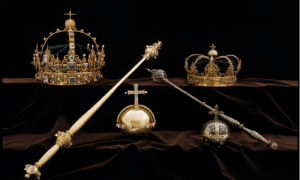 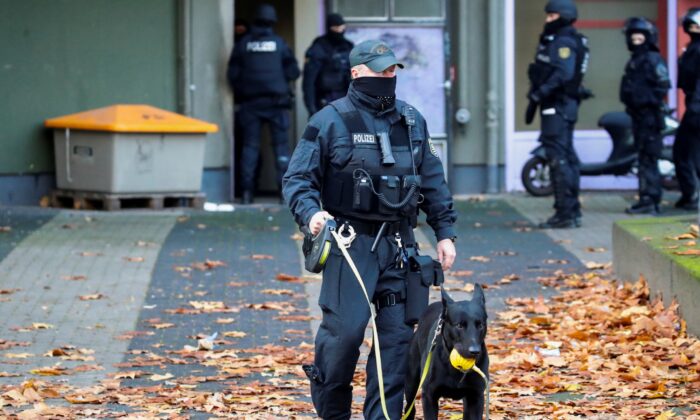 BERLIN—Police raided apartments across Berlin early on Tuesday and detained three people suspected of involvement in a jewel heist at a museum housing one of Europe’s greatest collections of treasures, officers said.

Thieves forced their way into Dresden’s Gruenes Gewoelbe, or Green Vault Museum, in November last year and got away with at least three sets of early 18th century jewelry, including diamonds and rubies.

Police were searching 18 apartments, garages, and vehicles for the jewelry and other evidence including digital data, clothes, and tools, mostly in the city’s southern district of Neukoelln, the police force said.

A total of 1,638 officers were taking part in the operation that could cause serious traffic disruptions through the day, it added.

Three German people were arrested on suspicion of theft and arson, and will appear before an investigating judge later in the morning, the police said. The force said the arrests took place in different parts of the country, without going into detail.

Security camera footage showed two men breaking into the museum through a grilled window in the early hours of Nov. 25, 2019. Officers were on the scene five minutes after the alarm sounded, but the thieves escaped.

The stolen jewels were worth up to 1 billion euros ($1.19 billion), Bild newspaper reported at the time. It said a nearby electricity junction box had been set on fire, cutting the power supply to the whole area before the heist.

The collection was brought together in the 18th century by Augustus the Strong, Elector of Saxony and later King of Poland, who commissioned ever more brilliant jewelry as part of his rivalry with France’s King Louis XIV.

One of its best known treasures—the 41-carat Dresden “Green Diamond”—was away on loan at New York’s Metropolitan Museum of Art at the time of the break-in.

The treasures of the Green Vault survived Allied bombing raids in World War Two, only to be carted off as war booty by the Soviet Union. They were returned to Dresden, the historic capital of the state of Saxony, in 1958.