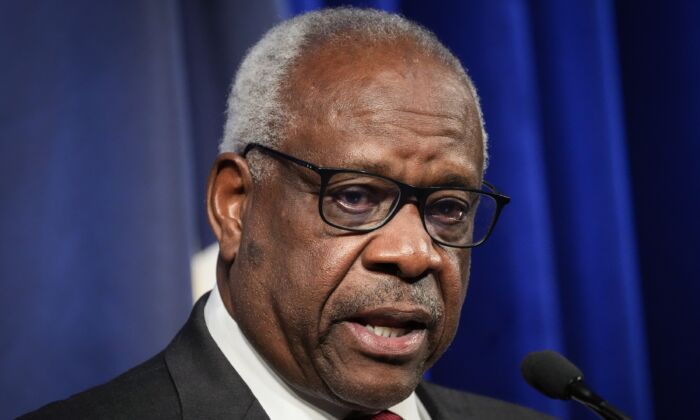 The state has denied all religious exemptions
By Matthew Vadum

The petitioners, who served New York communities throughout the COVID–19 pandemic, object to all COVID-19 vaccines because they were developed using cell lines derived from aborted children.

Three conservative justices dissented from the high court’s refusal to grant the petition for review filed Feb. 14 in the case known as Dr. A v. Hochul, court file 21-1143.

In the unsigned order, the other justices did not explain why they decided against hearing the case. Justices usually do not offer explanations when deciding which appeals to take on. For such a petition to be granted, at least four of the nine justices must agree.

Justice Clarence Thomas wrote an opinion (pdf) dissenting from the denial of the petition, which was joined by Justices Samuel Alito and Neil Gorsuch.

Thomas recounted that the petitioners, after being forced to choose between their employment and their faith, sued in U.S. District Court for the Northern District of New York, arguing the vaccine mandate violated the Free Exercise Clause in the First Amendment to the U.S. Constitution. The district court sided with the health care workers and issued an injunction blocking the mandate. The U.S. Court of Appeals for the 2nd Circuit then overruled the district court.

Previously, Christopher Ferrara, who represented the workers before the district court, said the mandate’s “unprecedented First Amendment violation could not be more apparent.” Ferrara is special counsel at the Thomas More Society, a public interest law firm.

But on Dec. 13, 2021, the Supreme Court denied the petitioners’ emergency application to reinstate the injunction halting the mandate. The same the three conservative justices dissented (pdf) from the denial of relief.

Since then, “every Petitioner except one has been fired, forced to resign, lost admitting privileges, or been coerced into a vaccination,” the petition stated.

Thomas noted that the Supreme Court held in Fulton v. Philadelphia (2021) that a law is constitutionally suspect “if it prohibits religious conduct while permitting secular conduct.”

“Yet there remains considerable confusion over whether a mandate, like New York’s, that does not exempt religious conduct can ever be neutral and generally applicable if it exempts secular conduct that similarly frustrates the specific interest that the mandate serves. Three Courts of Appeals and one State Supreme Court agree that such requirements are not neutral or generally applicable and therefore trigger strict scrutiny,” the justice wrote.

Thomas lamented that the high court declined to take a “prudent course” by granting the petition now, instead of procrastinating until “the next crisis forces us again to decide complex legal issues in an emergency posture.”

Although she won’t grant a religious exemption, the respondent in the case, Kathy Hochul, New York’s Democratic governor, has injected religion into the public debate over COVID-19, denouncing the unvaccinated and accusing them of defying the will of God, The Epoch Times reported in November.

“There’s people out there who aren’t listening to God, what God wants, you know this, you know who they are,” the governor told an audience Sept. 26, 2021, at New York City’s Christian Cultural Center, adding that those who have been vaccinated are “the smart ones.”

The Epoch Times reached out for comment to New York Solicitor General Barbara Underwood, who represents the state in Supreme Court proceedings, but didn’t receive a reply by press time.