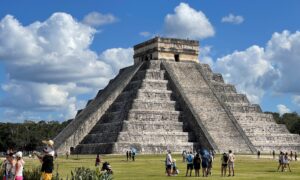 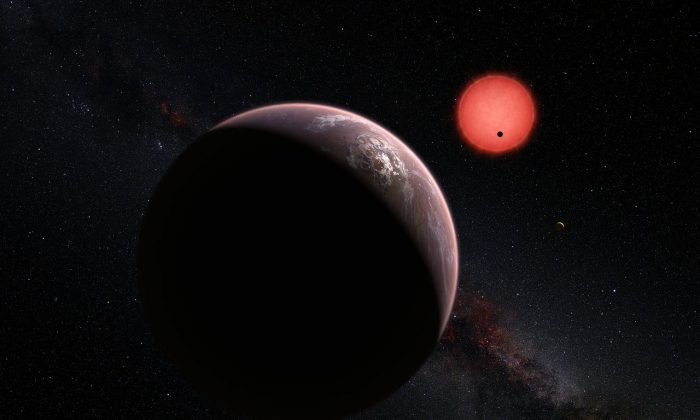 Three planets, that have just the right temperatures to possibly support life as we know it, have been discovered. The trio orbit a star 40 light years away and are much cooler and dimmer than our sun, researchers say.

The planets are about as big as Earth. One is four times warmer than Earth, one is two times warmer, and one is cooler than Earth. But all of them may still have areas where water exists in liquid state—what scientists consider a prerequisite for development of life similar to that found on Earth.

The star is an ultra-cool dwarf in the constellation of Aquarius about eight times smaller than the Sun and much cooler. That makes it easier to detect potential life on its planets, as opposed to brighter stars that can overpower signals coming from their planets.

“These planets are so close, and their star so small, we can study their atmosphere and composition, and further down the road, which is within our generation, assess if they are actually inhabited,” said co-author of the research Julien de Wit of the Massachusetts Institute of Technology in a MIT press release.

“All of these things are achievable and within reach now. This is a jackpot for the field,” she said.

But searching around such stars also carried an investment risk, as it required special instruments and detectors.

Lead authors of the research, Michael Gillon and Emmanuel Jehin of the University of Liège, took that risk and built the Transiting Planets and Planetesimals Small Telescope (TRAPPIST) in Chile to look at 60 small, nearby ultra-cool stars.

The scientists determined the planets are probably tidally locked, meaning they face their star with the same side all the time, like our Moon does. That means half the planet is in perpetual daytime and the other half always night. The planets closer to the star may be too hot on their day side, but may have a “sweet spot” where the temperature is just right. The third planet may be entirely within the habitable zone.

“Now we have to investigate if they’re habitable,” de Wit says. “We will investigate what kind of atmosphere they have, and then will search for biomarkers and signs of life.”