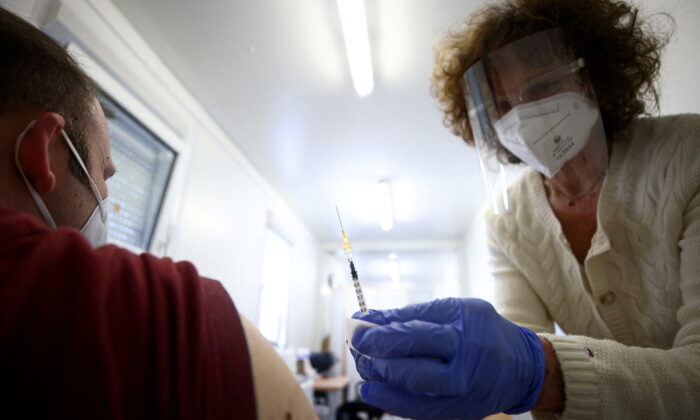 Doctor Eva Raunig vaccinates a person with a dose of the Pfizer-BioNTech COVID-19 vaccine inside a special container to use for general practitioners, called "vaccination box" in Vienna, Austria, on April 26, 2021. (Lisi Niesner/Reuters)
Europe

VIENNA—Thousands of people took to the streets of Austria’s capital on Saturday to protest against government plans to introduce mandatory COVID-19 vaccinations for all next month.

“The government must go!” crowds chanted at one rally in central Vienna in what has become a routine Saturday event.

Parliament is scheduled to vote next week on the issue.

In November, the government announced a fourth national lockdown and said it would make vaccinations compulsory for all Austrians, the first European Union country to do so.