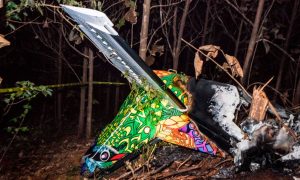 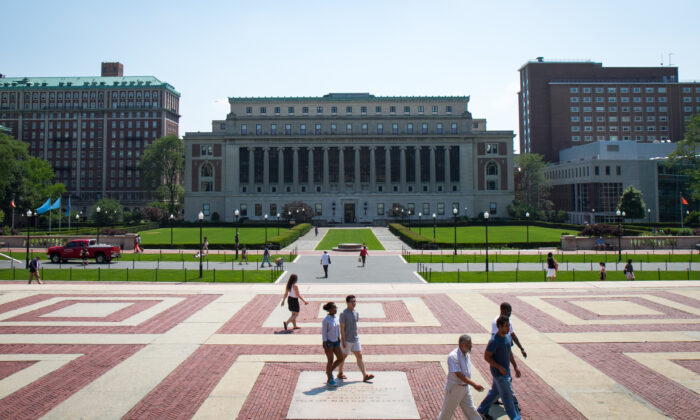 The campus of Columbia University in Manhattan in a file photograph. (Benjamin Chasteen/Epoch Times)
US News

More than 1,000 students at Columbia University are refusing to pay this semester’s tuition fees after going on strike and demanding the Ivy League school in New York City lower its fees amid the CCP virus pandemic.

The strike has been organized largely by the Columbia University-Barnard College chapter of Young Democratic Socialists of America (YDSA), which has partnered with other student groups to support the action.

The group initiated the tuition strike on Jan. 22, the same date that payments for the semester were due, according to its Twitter account, which is posting regular updates about the situation.

On Twitter, YDSA claims that some students were charged a $150 penalty for late fees this month, despite reassurances from university leaders that late fees would not be charged for January tuition.

In an open letter to the presidents, trustees, and administrators of Columbia University, Barnard College, and Teachers College; students demanded the school reduce the cost of attendance, including tuition, fees, and room and board, by at least 10 percent and increase financial aid by at least 10 percent to offset the “financial hardship” created during this “economic depression.”

“This reduction and increased aid should not come at the expense of instructor or worker pay, but rather at the expense of bloated administrative salaries, expansion projects, and other expenses that don’t benefit students and workers,” the letter reads.

In the same letter, students also accused the school of demonstrating a “flagrant disregard for initiatives democratically supported within the community.”

“Should the University continue to remain silent in the face of the pressing demands detailed below, we and over two thousand fellow students are prepared to withhold tuition payments for the Spring semester and not to donate to the University at any point in the future,” the letter states.

The letter also asks the school to “fulfil its responsibilities to the people of West Harlem by committing to provide employment, education and affordable housing, and to end expansion” as well as “defund Public Safety and invest in community safety solutions.”

Tuition for undergraduates is $58,920 for an academic year, but when the cost of room and boarding, books, and other personal expenses are factored in, the price climbs to well above $80,000, according to estimates by the university.

Columbia currently has an endowment worth more than $11 billion that could be leveraged to easily alleviate every student’s urgent financial needs, according to YDSA.

Activists said they want Columbia to follow in the footsteps of Williams College in Massachusetts, which announced in June last year that it will lower tuition by 15 percent for the 2020-21 academic year.

Organizers say that at least 1,100 students are now actively withholding tuition, and a petition in support of the strike has so far collected more than 4,300 student signatures and gained the support and solidarity of a number of organizations, unions, and politicians.

On its website, Columbia University said it suspended a 1.5 percent monthly fee on balances due on unpaid charges but made it clear to students that a $150 late payment penalty would be assessed for unpaid charges on bills incurred before Dec. 19.

“In response to the COVID-19 crisis, the University modified its late fee policy in March of 2020 and suspended all late fees until January 2021,” the website states.

“As communicated previously, beginning on January 22, 2021, a late payment fee of $150 will be assessed for any unpaid charges remaining from bills issued before and on December 18, 2020.  In the future, late payment fees may be imposed in subsequent terms for bills paid after the due date.”