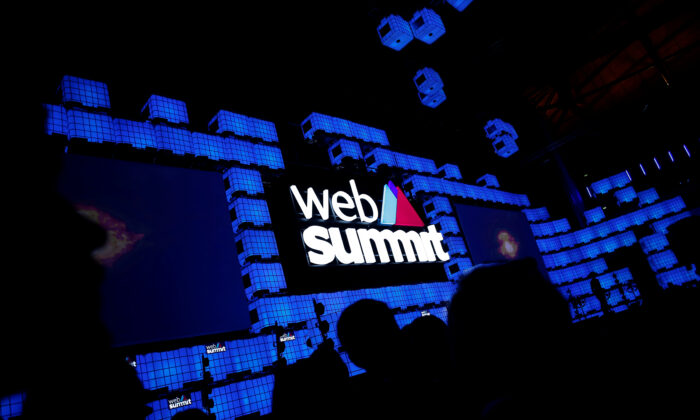 MADRID/STOCKHOLM—Web Summit, one of the largest tech conference organizers, will open its doors next week in Lisbon for its first in-person event since the pandemic struck, with the likes of Microsoft, Amazon, and Apple set to speak.

Hot on the heels of the Mobile World Congress (MWC) in Barcelona in June, it will be the next large tech conference to test a return to normal, reuniting entrepreneurs, top executives, and major investors after 19 months of video meetings.

About 40,000 attendees are slated to join the summit, which will feature 1,000 speakers ranging from Microsoft Vice Chairman Brad Smith to Apple software boss Craig Federighi, addressing audiences including founders of companies which have only recently emerged.

“It’s almost 100 percent in-person attendees—we don’t sell online-only tickets,” Web Summit co-founder Paddy Cosgrave said. “Most of these company founders have never been seen in person: they went from nowhere to somewhere exclusively in the last two years of lockdown.”

Players in the tech sector, which gained unprecedented financial clout and political reach as the coronavirus pandemic accelerated digitalization worldwide, are set to tackle themes ranging from privacy and regulation to racism and fintech.

While Facebook CPO Chris Cox will be talking about the “metaverse”, on another stage the social media group’s newest whistleblower Frances Haugen will discuss the network’s grasp over its 3 billion users—or nearly half the planet.

Joining them at the summit which runs from Nov. 1 to 4 will be executives from more than 70 “unicorns”—startups valued at more than $1 billion—while hundreds of startup founders will be seeking attention from venture capitalists to help scale their business.

“As people head to Web Summit—for what will be the first physical event for many—I think everyone will be looking forward to the serendipitous meetings, chats between stage sessions, and bumping into old friends in-person again,” Harry Nelis, partner at venture capital fund Accel, told Reuters.

A gathering of this size also brings into focus safety precautions against the spread of the coronavirus and bears the risk of turning into a “superspreader” event, though the venue—Portugal—is among the world’s most-vaccinated countries.

“We will have teams across the venue monitoring capacity, ensuring one-way traffic flows,” Cosgrove said. Numerous outdoor meeting spaces were created for small groups, along with on-site medical staff and isolation rooms in every building, he added.

For conference organizers, a successful event is critical to stay above water. Last year’s event cancellation forced MWC to lay off about 40 percent of its staff, with MWC organizer and telecoms industry association GSMA taking a hard hit.

Cosgrove said Web Summit did not lay off any people because of the pandemic, relying on revenue streams from other products, including hybrid conferencing software, initially designed to complement networking at in-person events and now due to underpin next year’s CES in Las Vegas.