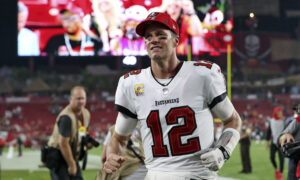 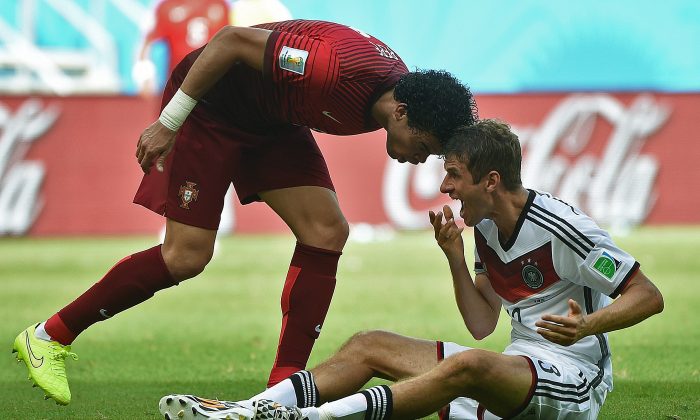 Portugal's defender Pepe (R) fouls Germany's forward Thomas Mueller before being sent off during the Group G football match between Germany and Portugal at the Fonte Nova Arena in Salvador during the 2014 FIFA World Cup on June 16, 2014. (PATRIK STOLLARZ/AFP/Getty Images)
Sports

Thomas Müller was on the receiving end of a head butt in Germany’s group stage match against Portugal.

Portuguese defender Pepe gave Müller a “soft” butt in the head, and the German player stood up in protest.

By then, referee Milorad Mazic had already pulled out a red card.

Re-visit the foul here, and a spoof version below that.