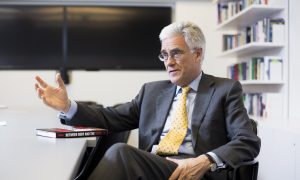 The Truth About Banking: Former Top Regulator Speaks Out
0 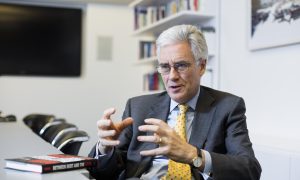 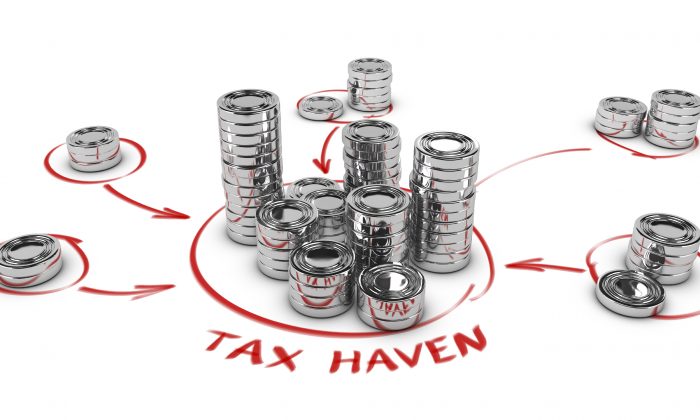 Companies such as Apple, Starbucks, and Amazon are well known for legally using international law to their advantage when it comes to tax. But now a small Welsh town is mimicking their tactics. Independent traders in Crickhowell are moving their businesses “offshore” to avoid paying tax.

The local businesses—including the local coffee shop, bookshop, optician, and bakery—said that they want to see a change in the law “so everyone pays their fair share.” The details of how they intend to achieve this have not been disclosed and whether the proposals will succeed in practice is therefore open to question. But the issue raises some fascinating questions.

Tax avoidance—rather than evasion—is entirely legal. You tend just to need an expensive lawyer who can navigate the various loopholes. So how might they do it?

Tax avoidance—rather than evasion—is entirely legal. You tend just to need an expensive lawyer who can navigate the various loopholes.

While the precise manner in which companies structure their tax arrangements are complex, the underlying principles are quite straightforward. Most are variations on the following basic techniques.

Tax avoiding companies employ strategies to reduce the profits on which tax is paid. Companies must operate profitably in order to satisfy their shareholders and the markets, therefore the taxable profits may only be a fraction of the profits reported in their accounts.

For example, the record of the U.S. congressional hearing into Apple’s tax affairs reported that the company paid tax in Ireland at a rate of less than 2 percent, whereas the rate of Irish corporation tax was 12.5 percent. This would have been because Apple’s taxable profits were roughly only 15 percent of the pretax earnings, reported in its financial statements.

It should be emphasized that there are many perfectly legitimate reasons why a company’s effective rate of tax might be below its headline tax rate and this does not necessarily indicate tax avoidance. For example, companies with substantial research and development activities qualify for tax credits and investment allowances, which reduce their effective tax rate. Stories damning tax avoidance therefore need to be approached with a certain amount of caution.

Groups of companies operate in many tax jurisdictions and tax law has evolved independently in each one. They may therefore reduce their tax liabilities by shifting profits to companies resident in jurisdictions with lower tax rates or by exploiting differences in the ways in which the same transaction is treated in different locations.

For example, a payment to another company within the group might be treated as a revenue payment (and therefore tax-deductible) in the jurisdiction where the paying company is resident. Meanwhile, the receipt of this payment might be treated as a capital item (and therefore not taxable) in the jurisdiction where the recipient company is resident.

There are also tax rules in specific jurisdictions which have no equivalent elsewhere. For example, Vodafone’s Luxembourg subsidiary set up a branch in the Swiss canton of Bern and the group lent money to this branch interest-free, which it then lent to other companies within the group at a commercial rate of interest. Although the branch incurred no interest costs, local tax law permitted it to claim a notional deduction for interest at a commercial rate.

The uncoordinated manner in which international tax systems have evolved is regulated through double tax agreements. These are a series of bilateral agreements negotiated between governments, which override domestic tax law. Their purpose is to prevent or mitigate the double taxation of the same profits or gains. It was not originally envisaged that they might be used for the purpose of avoidance.

But they can be—and legally are—used by companies. For example, a company is tax-resident in the United States if it is incorporated there; in Ireland, the test is where a company is centrally managed and controlled; in the U.K., a company is tax-resident if it is either. A company incorporated in the United States, but centrally managed and controlled in the U.K. could therefore be taxed in both countries. Double tax agreements contain clauses to prevent this.

A company incorporated in Ireland, however, but managed and controlled in the United States escapes taxation by being resident in neither country—and agreements do not cover this situation. This has been used by Apple and other companies. From 2015, however, companies newly incorporated in Ireland will be tax-resident there and this will be extended to existing operations from 2020.

The transfer of profits between companies in different jurisdictions is regulated. Intra-group transactions must be on the same terms as would be negotiated between unconnected parties. This is known as the arm’s-length principle. However, in practice it can be very difficult to identify comparable transactions as a yardstick.

For example, Starbucks reports low profits in the U.K. But it admits that its British business makes large payments for coffee to a profitable Starbucks subsidiary in Switzerland. Similarly, ownership of its brand name has been transferred to a Dutch subsidiary and other European subsidiaries pay a royalty to this company for the right to use the name.

These strategies are all perfectly legal, but their morality depends on your point of view. Having said that, law and morality are intertwined. The law is never static and if public opinion turns against these strategies, or if all businesses started using them—as the residents of Crickhowell are hoping will happen—the law may fall into disrepute and eventually politicians may have to find ways of outlawing them.

Malcolm James is a senior lecturer in accounting and taxation at the Cardiff Metropolitan University in the U.K. This article was previously published on TheConversation.com