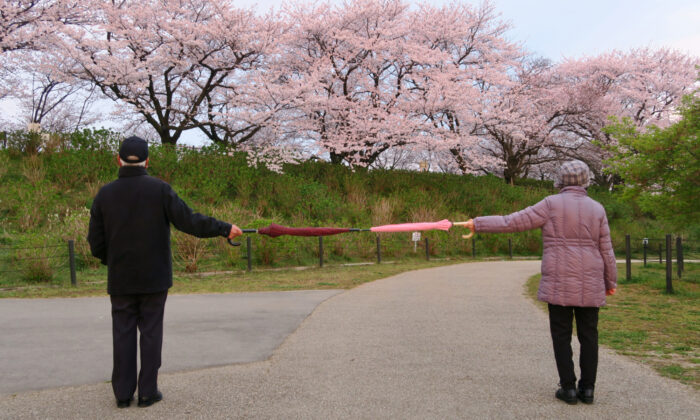 This Is Not Normal and No One Should Accept It

From the lepers in the Old Testament to the Plague of Justinian in Ancient Rome to the 1918 Spanish Flu pandemic, COVID-19 represents the first time ever in the history of managing pandemics that we quarantined healthy populations.

While the ancients didn’t understand the mechanisms of infectious disease—they knew nothing of viruses and bacteria—they nevertheless figured out many ways to mitigate the spread of contagion during epidemics. These time-tested measures ranged from quarantining the sick to deploying those with natural immunity—those who had recovered from the illness—to care for them.

Lockdowns were never part of conventional public health measures. In 1968, 1 million to 4 million people died in the H2N3 influenza pandemic; businesses and schools never closed and large events were not canceled. One thing we never did until 2020 was lock down entire populations. And we didn’t do this because it doesn’t work. In 2020, we had no empirical evidence that it would work, only flawed mathematical models whose predictions were not just slightly off, but wildly off by several orders of magnitude.

These devastating economic consequences were not the only major societal shifts ushered in by lockdowns. Our ruling class saw in COVID an opportunity to radically revolutionize society: Recall how the phrase “the new normal” emerged almost immediately in the first weeks of the pandemic. In the first month, Anthony Fauci made the absurd suggestion that perhaps never again would we go back to shaking hands. Never again?

What emerged during lockdowns was not just a novel and untested method of trying to control a pandemic by quarantining healthy people. If we view lockdowns outside of the immediate context in which they supposedly functioned in early 2020, their real meaning comes into focus.

Changes ushered during lockdowns were signs of a broader social and political experiment “in which a new paradigm of governance over people and things is at play,” as described by Italian philosopher Giorgio Agamben. This new paradigm began to emerge in the wake of Sept. 11, 2001.

The basic features were already sketched back in 2013 in a book by Patrick Zylberman, professor of the history of health in Paris, called “Microbial Storms” (“Tempêtes Microbiennes,” Gallimard 2013). Zylberman’s description was remarkably predictive of what emerged during the first year of the pandemic. He showed that biomedical security, which was previously a marginal part of political life and international relations, had assumed a central place in political strategies and calculations in recent years.

Already in 2005, for example, the WHO grossly over-predicted that the bird flu (avian influenza) would kill tens of millions of people. To prevent this impending disaster, WHO made recommendations that no nation was prepared to accept at the time—including population-wide lockdowns. Based upon these trends, Zylberman predicted that “sanitary terror” would be used as an instrument of governance.

Even earlier, in 2001, Richard Hatchett, who served as a member of George W. Bush’s National Security Council, was already recommending obligatory confinement of the entire population. Hatchett now directs the Coalition for Epidemic Preparedness Innovations, an influential entity coordinating global vaccine investment in close collaboration with the pharmaceutical industry. The coalition is a brainchild of the World Economic Forum in conjunction with the Bill and Melinda Gates Foundation.

Like many others, Hatchett regards the fight against COVID-19 as a “war,” on the analogy to the war on terror. I confess that I took up the martial rhetoric early in the pandemic: In a March 2020 piece titled “Battlefield Promotions,” I issued a call to action encouraging medical students to stay involved in the COVID fight after they had been sent home. While the piece had some merit, I now regret my deployment of this military metaphor, which was misguided.

A kind of overbearing medical terror was deemed necessary to deal with worst-case scenarios, whether for naturally occurring pandemics or biological weapons. Agamben summarizes the political characteristics of the emerging biosecurity paradigm:

“1) Measures were formulated based on possible risk in a hypothetical scenario, with data presented to promote behavior permitting management of an extreme situation; 2) ‘worst case’ logic was adopted as a key element of political rationality; 3) a systematic organization of the entire body of citizens was required to reinforce adhesion to the institutions of government as much as possible. The intended result was a sort of super civic spirit, with imposed obligations presented as demonstrations of altruism. Under such control, citizens no longer have a right to health safety; instead, health is imposed on them as a legal obligation (biosecurity).”

This is precisely the pandemic strategy we adopted in 2020. Lockdowns were formulated based on discredited worst-case-scenario modeling from the Imperial College London, which predicted 2.2 million deaths in the United States.

As a consequence, the entire body of citizens, as a manifestation of civic spirit, gave up freedoms and rights that were not relinquished even by the citizens of London during the bombing of the city in World War II (London adopted curfews but never locked down). The imposition of health as a legal obligation was accepted with little resistance. Even now, for many citizens it seems not to matter that these impositions utterly failed to deliver the public health outcomes that were promised.

The full significance of what transpired over the past two years may have escaped our attention. Perhaps without realizing it, we just lived through the design and implementation of a new political paradigm—a system that was far more effective at controlling the population than anything previously done by Western nations.

Under this novel biomedical security model, “the total cessation of every form of political activity and social relationship [became] the ultimate act of civic participation.” Neither the pre-war Fascist government in Italy nor the communist nations of the east ever dreamed of implementing such restrictions.

Social distancing became not just a public health practice but a political model and the new paradigm for social interactions, “with a digital matrix replacing human interaction, which by definition from now on will be regarded as fundamentally suspicious and politically ‘contagious,’” in Agamben’s words.

For the sake of health and human flourishing, this new normal should never be normalized.