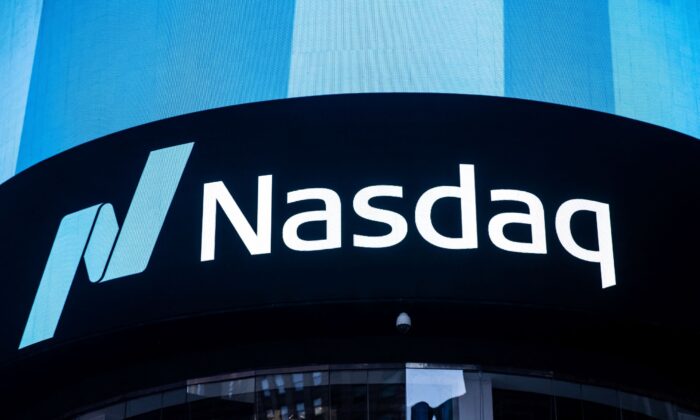 The Nasdaq logo is displayed at the Nasdaq Market site in Times Square in New York, on Dec. 3, 2021. (Jeenah Moon/Reuters)
Media & Big Tech

In 1996, a Mad Cow Disease epidemic in the UK resulted in the mass slaughter of entire herds of cows. The number of global internet users reached 10 million. The minimum hourly wage in the U.S. was raised to $5.15 per hour.

The Beginning of Something Big

Investors today know Alphabet Inc. and its Google search engine as the dominant force in internet search and advertising. However, more than eight years before Google went public in 2004, there wasn’t a single internet search company trading on a major U.S. exchange.

Open Text changed that story when it held its IPO in February 1996. Open Text led the charge of search engine IPOs and was followed by Lycos, Excite, and Yahoo within four months’ time.

Compared to the other search engine stocks of the dot-com bubble, (notably Yahoo) Open Text’s run-up was relatively modest. The company’s market cap peaked at just around $1.3 billion in early 2000 before crashing back down to around $400 million later in the year.

Open Text still trades on the Nasdaq to this day. The company now develops and sells enterprise information management software.