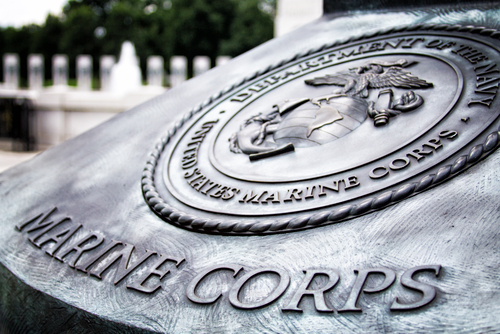 This Cartoon Character Became an Honorary Sergeant in the U.S. Marine Corps

The Marine Corps has only awarded 76 honorary titles in 200 years, compared to about 2,800 awarded by Yale University in 75 years, according to USA Today.

One of those 76 luck individuals is Bugs Bunny. Another is actor Gary Sinise, who played Lt. Dan in “Forrest Gump.”

Bugs Bunny became a Marine in the 1943 cartoon film “Super Rabbit,” after which the Marine Corps honored him. He started out as a Private and worked his way up to Master Sergeant, according to retired Sgt. Gary Haun’s book “Marine Corps Magic.”

A 12-year-old boy from Indiana, Cody Green, was also awarded an honorary title, fulfilling one of his final wishes before he died of leukemia in 2012. He had gained inspiration from the Marines as he suffered through his illness.

*Image of the Marine Corps insignia via Shutterstock