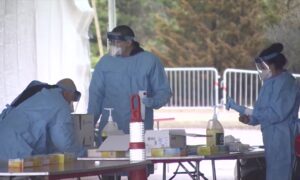 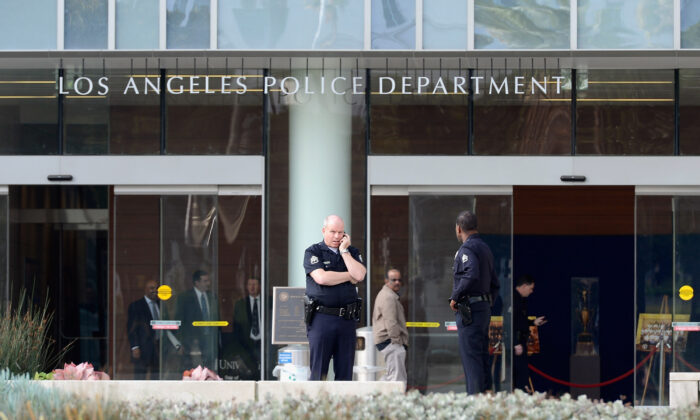 In a statement, the LAPD said the officer was assigned to the department’s Central Division and displayed symptoms that were characteristic of the disease earlier this week before being sent home by a supervisor.

“The Department has since disinfected all of the individual’s work spaces and any common areas within Central Division. We have also identified anyone who may have come in contact with the employee and directed them to a contract healthcare provider for evaluation,” they said, adding that guidelines have been established “for all employees who either exhibit symptoms of the virus or come in contact with someone who may be infected.”

“With our men and women on the front lines of this crisis, providing critical services to our city, we recognize more employees may contract Coronavirus. We will continue to ensure all facilities are clean and safe while tending to the well-being of our team,” the department said.

The LAPD’s statement, which did not explain the condition of the officer, comes after the Los Angeles Times reported that an officer in the Central Division, which patrols areas that include downtown LA, recently returned from vacation outside of the country, and was “coughing and sweating” while at work.

According to the outlet, several officers in the station raised concerns about the individual, however the “affected officer was allowed to work for at least two days this week.” The officer subsequently tested positive for the virus, although it is not clear if they interacted with the public. Additional officers who worked with the afflicted patrol officer are expected to be quarantined, officials told the publication.

This marks the third case of the virus among LAPD, who this week announced two others, a supervisor assigned to the Pacific Division and a high-ranking employee described as a “member of the Department’s senior staff” had also tested positive for the disease. Both are expected to make a full recovery.

The department said the positive test results were a “sobering reminder that anyone is susceptible to this virus,” and encouraged “all Angelenos to follow local and state guidelines of hygiene and social distancing.”

On Saturday, Los Angeles County public health officials confirmed two more people in the county had died from the virus, while 59 new cases have been identified. The individuals who died were both “older than 65 with underlying health conditions,” officials said. One lived in Miracle Mile and one lived in Del Rey.

To date, Public Health has confirmed 351 cases of the virus across Los Angeles and four people have died while 69 positive cases have been hospitalized.