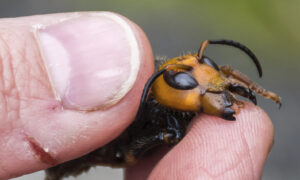 Spanish Man Dies After Being Stung by 'Murder Hornet'
0 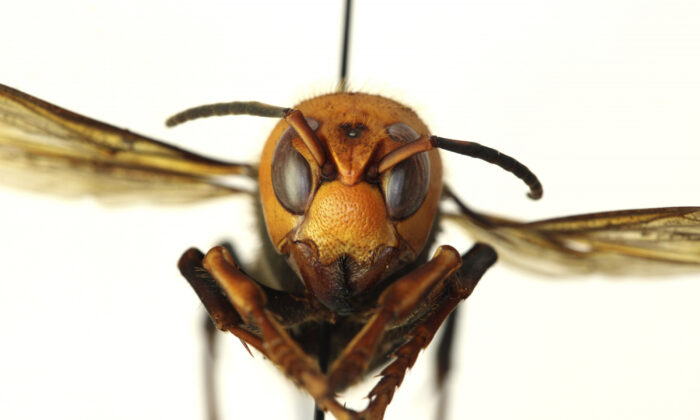 A dead Asian giant hornet in a lab in Olympia, Wash., on Dec. 30, 2019. (Quinlyn Baine/Washington State Department of Agriculture/AP)
US News

Washington state has confirmed its third sighting of an Asian giant hornet, dubbed the “murder hornet,” indicating that the invasive, predatory insect has survived the winter in the U.S. Northwest, state agriculture officials said on May 29.

The stinging hornet, which can grow as large as two-and-a-half inches (6.4 cm) in length, could potentially pose a threat to humans and the beekeeping industry, the officials said.

Joel Nielsen, who lives near Custer, Washington, 10 miles (16 kilometers) from the U.S.–Canadian border, spotted the dead insect while walking on a roadway on May 27, took a photograph of it, and reported the sighting to agriculture officials using an online form.

Sven-Erik Spichiger, managing entomologist at the Washington state Department of Agriculture, said state and federal labs confirmed on May 29 that the specimen was an Asian giant hornet.

“Preliminary results indicate that this is a queen, but that is going to be unofficial and pending further investigation at the lab in D.C. And what that means is more than likely a nest was able to produce breeding queens and make it through the winter,” Spichiger told reporters at a virtual news conference.

Spichiger called the finding a victory in the hoped-for eradication of the species.

“When you remove a queen, you’re basically killing the nest, especially this time of year. So we can kind of count this as a victory,” he said. “That makes us all very happy here.”

Spichiger warned, though, that the discovery could indicate more hornets in the area. If worker hornets start showing up later in the year in Department of Agriculture traps, that will indicate colonies are established, he said.

The sighting, the third in the area, comes days after the government of British Columbia, Canada, confirmed Canada’s first finding of 2020, near the town of Langley.

The Asian giant hornet was first discovered in the United States in December by a homeowner in Blaine, Washington.