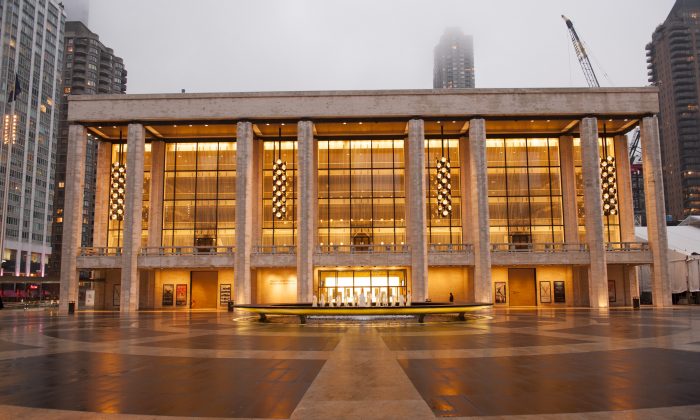 Pushing the Envelope: A Decade of Documentary at the Cinema Eye Honors
Through Jan. 8
Museum of Moving Image, 36-01 35th Ave., Queens
Highlights from the Cinema Eye Honors’ first decade with a series featuring more than twenty films that have won or been nominated, along with a few key films released in the year before that inaugural Cinema Eye Honors award ceremony. MovingImage.us

Black Fashion Designers
Dec. 6–May 16
Museum at FIT, 227 W. 27th St.
Black Fashion Designers examines the impact made by designers of African American descent on the world of fashion. The exhibition features approximately 75 fashion objects that illustrate the individual styles of more than 60 designers, placing them within a wider fashion context. FITnyc.edu

Faith and Photography: Auguste Salzmann in the Holy Land
Through Feb. 5
Gallery 852, The Howard Gilman Gallery at The Met Fifth Avenue
The first-ever exhibition devoted exclusively to the career of the French academic painter, archaeologist, and photographer Auguste Salzmann. In 1853, Salzmann embarked on the arduous journey from Paris to Jerusalem. Hoping to objectively verify religious faith through the documentation of the city’s holy sites, he turned to photography, creating one of the most enigmatic bodies of work of the 19th century. $12–$25 suggested. METMuseum.org

Renaissance Maiolica: Painted Pottery for Shelf and Table
Through May 29
The Met Fifth Avenue
This exhibition of Renaissance maiolica, drawn exclusively from The Met’s world-renowned collection, will celebrate the publication of “Maiolica, Italian Renaissance Ceramics in The Metropolitan Museum of Art” by Timothy Wilson. As Wilson writes, “Painted pottery, at its most ambitious, is a serious form of Italian Renaissance art, with much to offer those interested in the wider culture of this astoundingly creative period.” $12–$25 suggested. METMuseum.org

Wrap Me Up: Winter Small Works
Through Jan. 20
Eleventh Street Arts, 46-06 11th St, Long Island City, Queens
Small, intimate paintings and drawings by 51 artists, including a couple of sculptures and over 100 portraits, landscapes, figure, and still life paintings and drawings by highly skilled artists from the Water Street and Grand Central Ateliers. Prices range from $150 up to $9,500. Most works are priced around $2,000. EleventhStreetArts.com

George Balanchine’s The Nutcracker
Through Dec. 31
David H. Koch Theater at Lincoln Center
Celebrate the joy and wonder of the holidays with George Balanchine’s “The Nutcracker” as Tschaikovsky’s iconic score whisks you away on a heartwarming adventure through the eyes of the pint-sized heroine Marie on her journey to a fantastical land made entirely of candy. $35–$285. NYCBallet.com

L’Amour de Loin
Through Dec. 29
Metropolitan Opera
A dazzling new production by Robert Lepage, featuring glimmering ribbons of LED lights that extend across the length of the stage and over the orchestra pit. Eric Owens is the knight on a quest of love and Susanna Phillips is his lover on the other side of the sea. Conductor Susanna Malkki makes her Met debut. From $25. MetOpera.org

The Nutcracker
Dec. 16 at 7 p.m.
Kingsborough College, 2001 Oriental Blvd., Brooklyn
The Nutcracker, a perennial holiday favorite, is an enchanting adventure through a little girl’s fantasy world of fairies, princes, toy soldiers, and an army of mice. Be transported by this stunning full-scale production, with Tchaikovsky’s wondrous score, choreography by world-renowned Marius Petipa and The Mariinsky’s Vasily Vainonen, and 40 of Russia’s brightest ballet stars in glorious costumes. $32–$37. OnstageAtKingsborough.org

Babe in Concert
Dec. 16 at 8 p.m. & Dec. 17 at 2 p.m.
David Geffen Hall at Lincoln Center
Babe isn’t your average farm animal. He’s a plucky piglet trying to find his way in the world. Along the way he finds his way into the hearts of singing mice, adoring puppies, and distant farmers. Experience this delightful, Oscar-winning classic to the fullest when the Philharmonic performs the score—with classical favorites, standards, and more—live as the complete film is screened. Family friendly, open to everyone 4 and up. $45–$80. LincolnCenter.org

Storm Large: Holiday Ordeal
Dec. 19 at 7 p.m.
Feinstein’s/54 Below, 254 W. 54th St.
What better way to spend a holiday than with Storm Large (of Pink Martini fame)? Storm will love you, leave you, delight you and abuse you with wicked charm and stunning vocals that will have you begging for more. “Holiday Ordeal” is a night of music, gags, gifts, and some very special guests, with songs ranging from “2000 Miles,” “Hallelujah,” “Sock it to Me Santa,” and the greatest holiday song never written for the holidays, “Somebody to Love.” $30–$60. 54Below.com

Dick Hyman: Solo Piano
Dec. 19–20
Dizzy’s Club Coca-Cola at Lincoln Center
Legendary pianist Dick Hyman’s career includes a nearly encyclopedic output of over 100 albums under his name, ranging from original piano and orchestral works, to interpretations of classic American music, ragtime, and variants of stride piano. This is a chance to see America’s greatest music performed at the highest level by a living legend. $35. LincolnCenter.org

Flemish Holiday With Friends and Family
Dec. 21 at 7 p.m.
The Grace Rainey Rogers Auditorium at The Met Fifth Avenue
Leonora Duarte was one of the most brilliant composers of the 17th century. In this holiday program, the ensemble Sonnambula recreates a festive evening at the Duarte household with music by Leonora, her friends, and fellow musicians. Tickets start at $65. MetMuseum.org

Handel’s Messiah
Dec. 22 at 7:30 p.m.
Musica Sacra, whose 1983 recording of Handel’s Messiah was featured in the new Kenneth Lonergan film, “Manchester by the Sea,” returns with its annual presentation of one of New York’s great holiday traditions. Featuring soprano Kathryn Lewek, countertenor Jakub Orlinski, tenor Colin Balzer, and baritone Scott Dispensa, the performance by the Musica Sacra Chorus and Orchestra will be led by Music Director Kent Tritle. $15–$95. CarnegieHall.org

Copland and Marsalis
Dec. 28–30 & Jan. 3
David Geffen Hall at Lincoln Center
The Jazz at Lincoln Center Orchestra with Wynton Marsalis join the Philharmonic in the World Premiere of the jazz legend’s latest creation, one of The New York Commissions for the Orchestra’s 175th anniversary. With style, class, and talent to spare, Marsalis is one of the world’s finest musicians and composers. Plus William Bolcom’s Trombone Concerto, featuring Principal Trombone Joseph Alessi. $34–$124. NYPhil.org