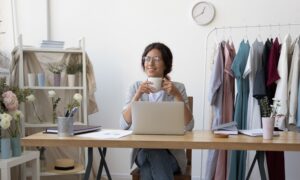 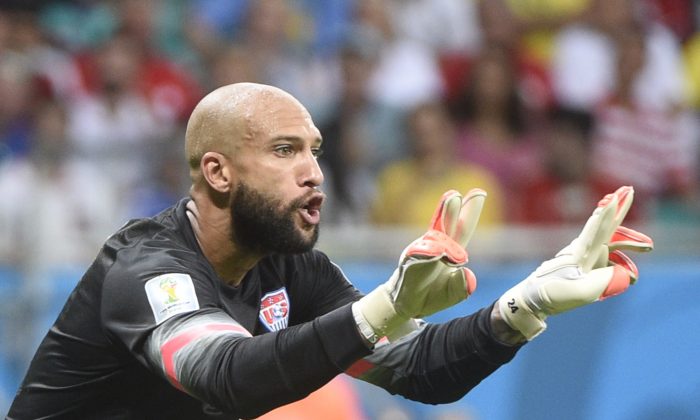 US goalkeeper Tim Howard reacts during a Round of 16 football match between Belgium and USA at Fonte Nova Arena in Salvador during the 2014 FIFA World Cup on July 1, 2014. (MARTIN BUREAU/AFP/Getty Images)
News

The 35-year-old goalie, who plays for English side Everton, made a World Cup record 16 saves in USA’s second round match against Belgium on Tuesday.

USA lost the match 2-1, but things could have been worse for the American had Howard not put out his goalkeeping heroics.

Since then the internet has exploded with “Things Tim Howard Could Save” memes.

Howard has always been a top goalkeeper, making plenty of key saves in his career. Check out some of his highlights while playing for Everton below.

And yes, Tim Howard did score a wondrous goal while playing for Everton against Bolton from inside his own penalty area.

SAO PAULO (AP) — Tim Howard left a lasting impression on Americans from coast to coast — and fans around the world, really — for his incredible, improbable saves in the loss to Belgium in extra time that sent the U.S. home from the World Cup to a country captivated.

Howard is a big reason — 6-foot-3, to be exact — for the fascination. He has become a Twitter sensation in less than a day, while raising one important question before he leaves Brazil: Will the 35-year-old goalkeeper be back for the next World Cup four years from now in Russia?

“When you’re in the public eye, it’s part of what you have to deal with,” Howard said Wednesday of the hype from his record-setting World Cup. “I’ve been dealing with it for a long time. It’s nice that America knows about soccer now. That’s what’s important.”

Howard’s 16 saves in the 2-1 loss were the most in a World Cup game since FIFA started tracking the statistic in 2002.

Someone had fun with Howard’s heroics on Wikipedia, briefly listing the star goalie as incumbent “Secretary of Defense of the United States of America.” Later, the real defense secretary, Chuck Hagel, called Howard with congratulations and a team invite to the Pentagon.

A photo from Howard’s high school yearbook even began circulating, featuring the quote, “It will take a nation of millions to hold me back.”

“It’s fantastic because it also shows how all the games in the World Cup were received back at home,” U.S. coach Jurgen Klinsmann said, “and many people watched this competition maybe more than it was four years ago in South Africa. It’s fun to see that, and he deserves every compliment for his game last night.”

The hashtag ThingsTimHowardCouldSave was trending on Twitter, and fans superimposed his image into all sorts of famous scenes. There’s an outstretched Howard preventing the Titanic from sinking, and breaking up Diego Maradona’s “Hand of God” goal.

“With social media, nothing surprises me,” Howard said. “There are some very creative and fun individuals out there.”

The team was scheduled to fly back to the U.S. late Wednesday, and Howard soon will return to his Premier League club, Everton.

Millions of Americans will be rooting for Howard to play in the 2018 World Cup. That’s something Howard will discuss with those close to him.

“What happens going forward with the national team, I don’t know,” he said. “I don’t think it’s very black and white, to be honest. I need to figure all that out.”

Howard had 15 shutouts — one behind co-leaders Petr Cech of Chelsea and Wojciech Szczesny of Arsenal — in 37 league matches for Everton this season before joining the Americans in mid-May for training camp in Northern California. In the spring, he signed a two-year contract extension through 2018 and is likely to close out his career with Everton.

“He was fantastic. There’s no other way to put it,” midfielder Michael Bradley said. “He’s somebody that we rely on so much for his performances on the field but also his leadership and his presence. So honestly, there’s not enough good things to say about him as a player, as a man, as a leader.”

Klinsmann knows how much he meant for the Americans reaching back-to-back World Cup knockout rounds.

“I’m lucky to be in a long line of great goalkeepers,” Howard said when asked about his legacy. “I don’t think you can ever prepare yourself for those types of performances.”