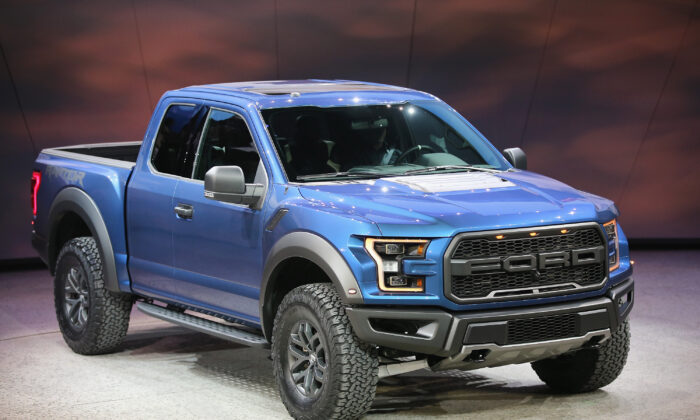 On June 10, Ford Motor Company reported that 13 2022 F-150 Raptors were stolen from a storage lot at the River Rouge facility in Dearborn, Michigan, as reported by the Detroit Free Press.

According to the Detroit Free Press, the base model price for these F-150 Raptors is $69,905, making this an estimated loss of $1 million.

An Instagram news account for the city of Dearborn has been following the string of robberies and has discovered alarming news through the Freedom of Information Act (FOIA) and its own sources.

Throughout the investigation, Dearborn police recovered 13 vehicles, mostly in Detroit and a couple in Dearborn, as stated in the Detroit Free Press.

Bilal Baydoun, city of Dearborn spokesman said in a statement, “When they [trucks] were recovered, you could see signs of damage and some things were stripped away, tires, that kind of thing,” adding, “There was evidence of fences being rammed,” reported the Detroit Free Press.

Thieves are targeting higher trim models such as the F-150 Raptor and Platinum, as these pickups and certain parts remain in high demand, as reported by Ford Authority.

On May 5, Ford Authority reported that 53,000 vehicles were awaiting semiconductor chips at storage lots.

CNBC mentioned on July 5, that second-quarter sales rose 1.8 percent to 483,688 new vehicles compared to the prior year, while analysts expect sales to increase by 3.3 percent and 5.1 percent.

Additionally, Ford reported in a July 5 press release that June sales on the F-Series and SUV Mix are up 31 percent, F-150 lighting sales are up 77 percent, and the Lincoln SUV sales are up 44 percent.