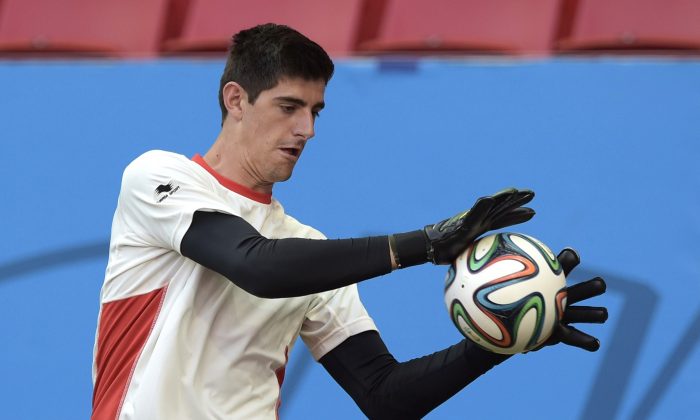 Belgium's goalkeeper Thibaut Courtois catches the ball during a training session at the Mane Garrincha National Stadium in Brasilila on July 4, 2014, on the eve of a quarter-final football match between Argentina and Belgium during the 2014 FIFA World Cup. (JUAN MABROMATA/AFP/Getty Images)
Sports

Chelsea goalkeeper Thibaut Courtois could have moved to Barcelona.

According to Mundo Deportivo, Andoni Zubizarreta, Barcelona’s director of football, contacted Chelsea over the possibility of taking Courtois on loan after his stint at Atletico Madrid was completed.

Chelsea rejected that and an offer for their current no. 1 goalie Petr Cech.

The 22-year-old Belgium international has played well at the World Cup so far, keeping two clean sheets in 4 matches, and letting in only 2 goals.