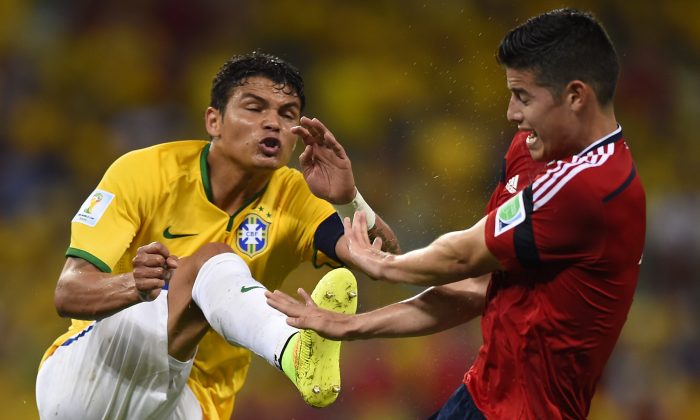 Colombia's midfielder James Rodriguez (R) vies with Brazil's defender and captain Thiago Silva during the quarter-final football match between Brazil and Colombia at the Castelao Stadium in Fortaleza during the 2014 FIFA World Cup on July 4, 2014. (FABRICE COFFRINI/AFP/Getty Images)
Soccer

The Brazilian defender incurred a foul in the 64th minute, resulting in a yellow card.

Since this is the quarter final stage, and Thiago Silva has already had a prior yellow card, Thiago Silva will miss the semi finals if Brazil beat Colombia.