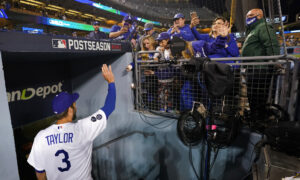 David Luiz and Thiago Silva are inseparable in the center of Brazil’s defense, and there are two Brazilian kids who look just like them.

The mini versions of the Brazilian center back pairing are Lian (“Thiago Silva”) and Murilo (“David Luiz”).

According to Brazilian newspaper O Globo, Lian and Murilo hail from Piauí, and are best friends with big dreams of playing football professionally when they grow up.

Murilo is four, and Lian is two years old.