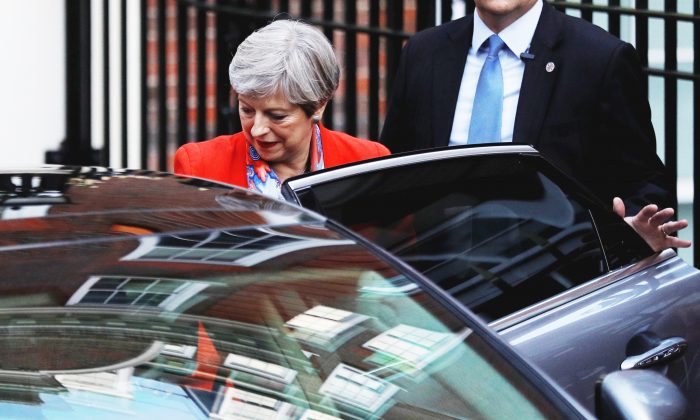 Theresa May Says Mosque Attack an Attempt to Divide London

Prime Minister Theresa May commented on today’s mosque attack. She said it was meant to divide Londoners amid recent British hardships.

A man drove a rental van into people outside of a mosque. One person died, but it’s unclear if from the attack. Eight people are in the hospital.

The man who died was already suffering from a medical ailment at the time of the attack.

May commented on the local response.

“But what we have seen throughout, whether in the heroism of the ordinary citizens who fought off the attackers at London Bridge, the unbreakable resolve of the residents in Kensington, or this morning, the spirit of the community that apprehended this attacker, is that this is an extraordinary city of extraordinary people,” she said.