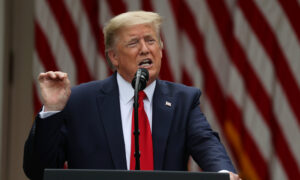 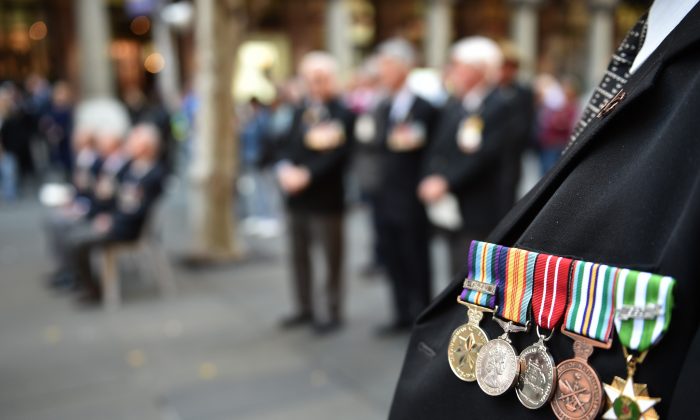 An Australian war veteran wears his medals, including a service medal from the Vietnam war (Far-L), at the 50th anniversary of the Vietnam Veterans Memorial Service in Sydney on Aug. 18, 2016. (PETER PARKS/AFP/Getty Images)
World

There is Danger in Losing Our Veterans, Historian Says

While they’ll never be forgotten, Australia’s dwindling population of WWII veterans hints at an impending loss of so-called “living memory.”

For war historian Robin Prior that’s a menacing prospect, which invites the rise of extremism and denialism.

As Anzac Day approaches, he notes that it has been the first-hand accounts of going to war by older veterans which have been their most important contribution to the annual commemoration.

“When the veterans themselves are no longer around to talk about it, it’s dangerous.”

It’s an issue which has already raised its head in the US where, in the absence of Holocaust survivors, right-wing extremists have questioned the authenticity of their persecution.

“What we’ve seen there is an absence of people who can still look directly at a camera and say, ‘I was in Auschwitz, it happened,'” Prior said.

“It’s a very dangerous moment when denialists and all sorts of extremists can say, ‘Well, it was only a myth.'”

Although  war veterans have left countless letters, diaries and recorded interviews with the Australian War memorial, none of it can replace direct testimony.

“It need not be disastrous. There is other evidence but there is nothing like hearing from people who were there and experienced it themselves,” Prior said.

Fewer than 3000 of the 600,000 Australians who served during WWII are believed to still be alive.

According to the Department of Veterans Affairs, it had just 13,278 veterans on its health card list in mid-2018, down from 23,000 the year before.

Eventually, what Prior calls their “steadying hand” influence will vanish altogether while the denialist and extremist views they counterbalance keep on keeping on.

“You only have to look at the internet to know that there’s already more extremist stuff around now,” Prior said.